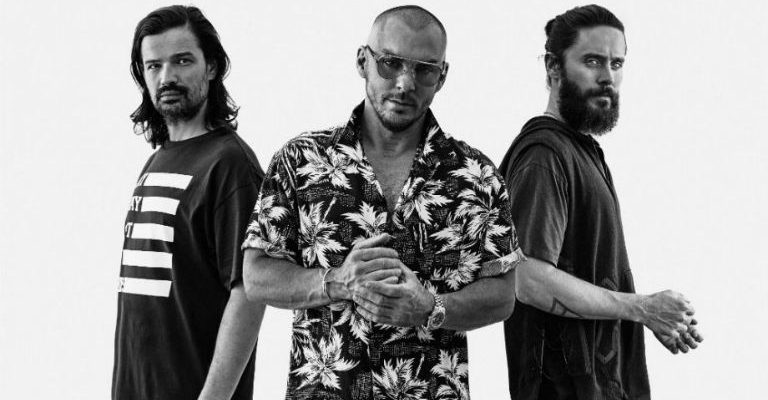 Multi-platinum album selling band Thirty Seconds To Mars have today announced they will be heading to Newcastle Upon Tyne to headline the second day of a new major festival, This Is Tomorrow, on Saturday May 26th.

The festival date comes at the end of a huge European tour for the band which sees them on the road throughout March, April and May 2018.

Taking place next to Spillers on Newcastle’s Quayside on May 25th, 26th and 27th, the festival will open with a headlining performance from Brit Award Winners Catfish and the Bottlemen.

The name, inspired by the vision of the once Newcastle based ‘Father of Pop Art’ Richard Hamilton and his legendary exhibition, This is Tomorrow is firmly planting its roots in the region and is on course to deliver something truly experimental and forward-thinking this Summer.

Reacting to today’s festival announcement, SSD Concerts’ Steve Davis, said: “We are over the moon to bring an international band of this stature to Newcastle.”

“The last time they visited our region was in 2013 and we know fans of Thirty Seconds to Mars will be delighted they’ll get the chance to see them on their doorstep once more.

“The whole ethos of This is Tomorrow was to bring bands exactly like this one to the North East and they’ve an amazing addition to the festival’s headlining bill. May can’t come quick enough!

“This will be an unmissable event for music fans and more incredible heavyweight acts will be announced soon.”

Thirty Seconds to Mars has sold over 15 million albums worldwide and regularly sell out arenas and stadiums on a global scale. They have received numerous awards and accolades throughout their career, including a dozen MTV Awards, a Billboard Music Award and a Guinness World Record for the Longest Running Tour in history.

On July 4th 2017, the band shot a documentary titled ‘A Day in the Life of America’, including over 90 crews in all 50 states (plus Washington DC and Puerto Rico) capturing American life in a single day, and was received with global acclaim.

Thirty Seconds To Mars have been hailed as one of the most exciting live acts in the world, which was reflected by the single’s live debut earlier this year, a groundbreaking appearance at the MTV VMA awards where the performance was shown via innovative infrared technology, with special guest Travis Scott. Thirty Seconds to Mars performed “Walk on Water”, which is the first single from the band’s forthcoming 5th studio album.

Councillor Kim McGuinness, cabinet member for culture and communities, continues: “It’s fantastic that Newcastle will welcome Thirty Seconds to Mars to the city for This is Tomorrow. This event taking place at the end of May shows that our city attracts major international bands which is really exciting for our residents. Newcastle is a buzzing, lively city and we hope a brilliant crowd from the city and the wider region will continue to attract acts of this stature and calibre well beyond this summer.“

In November 2017, the band won in the Best Alternative category for the MTV European Music Awards and followed their hugely successful 2017 with a live European tour and a brand new single.

‘America’, the brand new album from Thirty Seconds to Mars is out April 6th via Interscope Records.