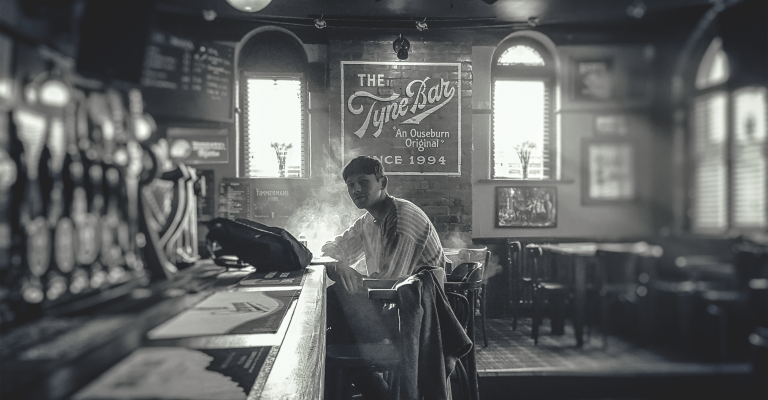 Following a highly successful launch event last summer, Tipping Point Live, the region’s champion for new and emerging music is back for another year bringing with it 50 of the best bands and musical acts the region has to offer right now.

Rising like a proud phoenix from the ashes of its predecessor, Evolution Emerging, the new look multi-venue, fully inclusive and genre-defying festival will this year take place on Saturday 13th June.

The second annual showcase promises to be as diverse and genre-spanning as last year’s offering, which in itself delighted hundreds of music revellers who travelled to the valley for a sun-fuelled day of electrifying new wave sounds.

As part of a wave of forthcoming announcements, organisers Generator have today confirmed 11 stellar acts that will perform at the 2020 gathering which includes The Dawdler – delivered by the songwriting Tyneside powerhouse that is John Edgar – Sunderland’s post-punk pioneers Roxy Girls, the Nick Drake inspired songstress IMOGEN, the Grime Hip Hop trendsetter ZICO MC and BBC Hot Listers, Squarms.

Reacting to today’s announcement – which also sees early bird tickets on sale for just £10 – organiser Charlie Dancer, said: “Tipping Point Live is all about recognising the breadth of musical talent that is being created across the North East of England and giving it a platform.

“Whether it’s beautiful soundscaping music from Cal Raasay on last years bill, a new wave John Cooper-Clark’s over electro beats in the form of Squarms, or quirky post-punkisms from Moshi Moshi Records signed Roxy Girls – we want to champion innovators and forward-thinkers, and most of all, good music.

“Last year, while we tested out a new brand and format we were restrictive on the amount of acts we booked so that we could grow and move forward organically and in the right way that best serves music fans and the artists we host.

“This year, we’re going to push those numbers closer to the 50 mark, starting earlier in the day to give more bands and artists opportunities to showcase their music and punters a longer day in the sun. Stay tuned for more updates and don’t forget to take advantage of the Early Bird ticket offer. They won’t last long!”

Music and creative development agency Generator has a long history of supporting the development of North-East musical talent. From aiding the rise of Geordie star Sam Fender and the legendary Maximo Park to L Devine, Generator has a long-standing tradition of helping artists get on the right path to a sustainable career in the music industry, and Tipping Point Live is just one of the platforms the organisation offers musicians.

Tipping Point Live will be returning in 2020 on Saturday 13th June in Newcastle’s cultural quarter, the Ouseburn Valley.

An upgrade on the highly successful Evolution Emerging Festival, Tipping Point Live is a multi-venue showcase championing fresh, new music for every taste and music fans can expect a groundbreaking lineup of emerging musicians from right here in the North East of England.