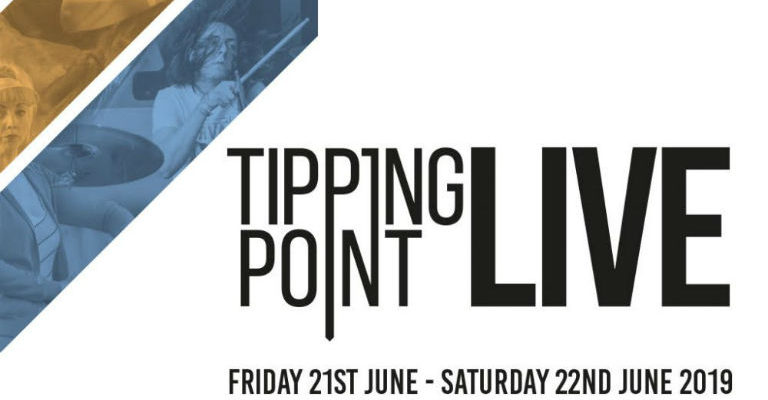 Taking place for its launch year across two days – on Friday 21st and Saturday 22nd June 2019 – the region’s new multi-genre, family friendly champion for the musical stars of tomorrow will take over the Ouseburn Valley this summer and will welcome over 40 artists across nine of some of the city’s most iconic venues including The Cluny, Tyne Bar, and The Cumberland Arms.

The festival – co-curated by Generator and the likes of international record producer Bernard Butler, Maximo Park’s Paul Smith and The Futureheads’ Barry Hyde – will see an epic day of industry events and live music on the Saturday – in similar fashion the old Evolution Emerging Festival – but will also welcome an ambitious opening party on the Friday with a full programme of live and interactive delights confirmed.

The former lead guitarist and co-founder of the legendary Liverpool band The Coral has earned nationwide praise for his solo career and his latest album, Yawn, has been labelled as one of 2018’s greatest releases.

On Yawn, he kneads beautiful, expansive reflections on loss and regret. Softly struck drums and sighing cellos accompany hypnotically persistent guitar riffs as each track unfolds carefully and slowly. His words are candid, occasionally barbed and witty and he is poised to be a fitting headliner for Tipping Point Live.

Performing just before the Liverpool songsmith, Brooke Bentham is poised to be a show stopper.

Across two EPS – ‘This Rapture’, and ‘The Room Swayed’ – the supremely talented songwriter and vocalist has crafted kitchen-sink dramas of exquisite detail, honesty, and quiet assurance and has been labelled by The Times as an “austere beauty”.

Over at the Cluny 2 on the same evening, Geordie garage indie rockers, FEVA, will headline; demonstrating the festival’s commitment to providing diversity and variety this year.

Dubbed as the “party stage” by organisers Generator, Sunderland’s disco indie outfit Vanderbilt will top the bill at Tyne Bar which will also see fellow Wearsiders and the brass indie band Picnic, Mike-Skinner esque rapper Philth Like and Hackney Born, North-East based hip hop artists Reali-T take to the stage.

The recently-launched Kaleidoscope venue on Stepney Bank in the Ouseburn will play host to the new wave bass producer Xaatu complete with his eclectic range dirty dub sounds as well as the hotly tipped grime duo NE Dons with the pioneering hip hop artist and lyric-smith, John Dole are set to open the festivities.

One of Newcastle’s leading recording studios, Blast Studios, will see the BBC’s chief North East music introducer, Nick Roberts take over the venue which will boast a series of curator interviews conducted by the broadcaster alongside soon to be announced live sessions with some of this year’s performers.

Meanwhile, on Friday 21st June, one of the region’s most promising young singer-songwriters, Martha Hill, will kick things off in style and will be backed by folk high risers Dansi, and the Neo-Soul, R&B infused band Portraits.

And, for the very first time, Generator will introduce Jazz to one of their events, where two of the region’s most high profile and forwarding-thinking acts, Taupe and Archipelago, will take to the Cluny 2 stage, joined by Leeds based instrumental and experimental electronic jazz act J Frisco.

Brad Field, a live drummer who built his own pipe organ and mixed media set up to work via drum sample triggers will be working with renowned visual artists Tim Shaw, and the Newcastle art-pop band Sauvage will be working with the experienced dancer and choreographer Lila Naruse and renowned film director K Pfennich for an live audio-visual spectacular.

Finally, next door at Blank Studios, Tipping Point Live will display a setting of experimental intimacy where traditional folk will align with the experimental electronic artist, Me Lost Me, the ethereal Worry Party and the atmospheric and sonic brilliance of Cal Raasay.

“After running Evolution Emerging Festival for 10 years (with myself directly involved for the last three years), we at Generator felt it was time to refresh our approach and bring something a little different to Newcastle’s cultural hotspot, the Ouseburn Valley.

“Tipping Point Live will play host to a right eclectic mix; we’ve got Ambient, we’ve got Experimental jazz, we’ve got Art-Rock, Garage Indie, Folk, Neo-Soul, Hip-Hop, Bass Music, Grime, Disco – it’s going to be the most expansive display of what the North-East has under our sleeves the region has ever seen!”