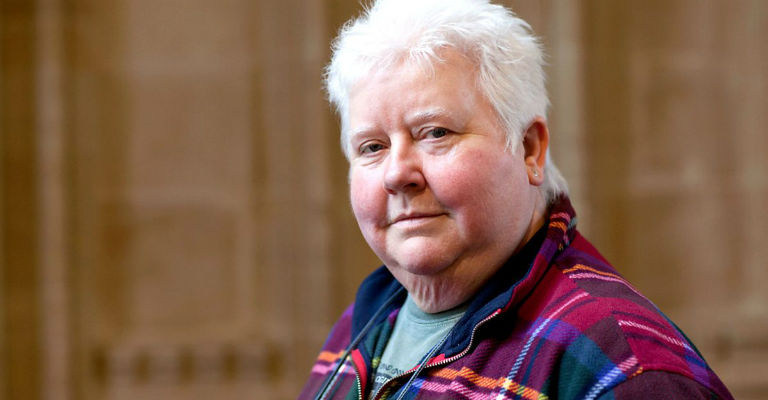 Val McDermid is a No.1 bestseller whose novels have been translated into more than 30 languages, and have sold over 15 million copies.

She has won many awards internationally, including the CWA Gold Dagger for best crime novel of the year and the LA Times Book of the Year Award. She was inducted into the ITV3 Crime Thriller Awards Hall of Fame in 2009, was the recipient of the CWA Cartier Diamond Dagger in 2010 and received the Lambda Literary Foundation Pioneer Award in 2011. In 2016, Val received the Outstanding Contribution to Crime Fiction Award at the Theakston’s Old Peculier Crime Writing Festival and was elected a Fellow of the Royal Society of Literature.

Her latest novel, Out of Bounds (Little, Brown, 2016), was published in paperback in January 2017. Jackie Kay is an award-winning poet, novelist and playwright. She is Professor of Creative Writing at Newcastle University and Scotland’s Makar, or national poet.