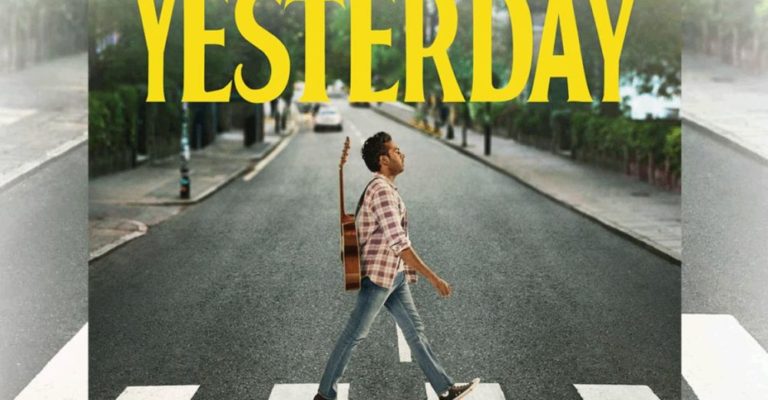 What if you were the only man on Earth able to remember the iconic music of The Beatles?
A collaboration up there with Lennon-McCartney, Yesterday is the brain child of director Danny Boyle (Slumdog Millionaire, Trainspotting) and screenwriter Richard Curtis (Four Weddings and a Funeral, Love Actually).

As full of soul and heart as any of the Liverpool lads best tracks, this is an hilarious story of finding your own voice. Jack’s (Himesh Patel) career as a singer-songwriter is not going well. His friend Ellie (Lily James) thinks he’s got talent, but no one else agrees. But after a mysterious blackout, it turns out he’s the only one who can recall the Fab Four’s back catalogue. With the iconic songs in his arsenal, he becomes world famous, but at what cost?