Matilda is making its North East debut at Sunderland Empire

Posted on April 11th 2017 by Whats on Northeast 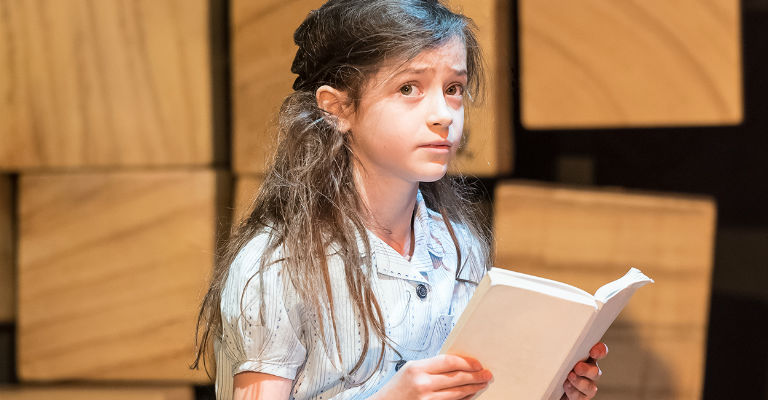 After a massively successful production, the Royal Shakespeare Company has announced that it’s taking its production of ‘Matilda’ on a tour of the UK and Ireland in 2018/19 – and it’s making its North East debut at the Sunderland Empire next May!

The production, which features original songs by comedian Tim Minchin and direction by Matthew Marchus, is now in its sixth year at London’s West End and was produced by the RSC as a love letter to Roald Dahl’s classic children’s tale.

In keeping with Matilda’s own passion for learning, each production will be accompanied in each location on the tour by a new educational programme to engage young people. This will include a travelling library of stories led by Mrs Phelps to whole school takeovers of ‘Matilda.’ With this programme, the RSC are hoping to reach over 15,000 children in collaboration with theatre partners.

Ben Phillips, General Manager at the Sunderland Empire, said: “We are absolutely thrilled that the Royal Shakespeare Company will be bringing their multi-award winning production Matilda the Musical to us in May 2018, for the only North East dates on their UK tour. Audiences will be left mesmerised by this deliciously exhilarating and ingenious production of Roald Dahl’s classic book during the limited 4 week engagement. Early booking is highly recommended!”

Meanwhile, Catherine Mallyon, Executive Director of the RSC, commented: “We are thrilled our home-grown miracle, which started life after a seven year gestation in Stratford-upon-Avon, has grown into a bit of a global phenomenon. Following Matilda’s successful run on Broadway, our current tours around North America, Australia and New Zealand, and continuing into our sixth year at the Cambridge Theatre in London’s West End, it is fantastic that we can share Matilda with audiences around the UK and in Ireland. In collaboration with our touring partners we will also deliver a programme of ground-breaking interactive education projects to enable young people to emulate Matilda, sharing the extraordinary power of story-telling and the boundless creativity of their imaginations.”

In 2012, the production swept the Olivier Awards, and has won four Tony Awards and a Tony Honor for Excellence in the Theatre for the four girls who play Matilda herself during the production. Having played at 51 cities worldwide, being seen by more than 6.5 million people across the globe, and the success is only set to continue with this brand new UK run that no North East musical enthusiast will want to miss out on.

For more information in the coming weeks, visit the Sunderland Empire website.