PREVIEW: An Evening With Dan Cruickshank @ The Maltings, Berwick

Posted on August 31st 2017 by Whats on Northeast 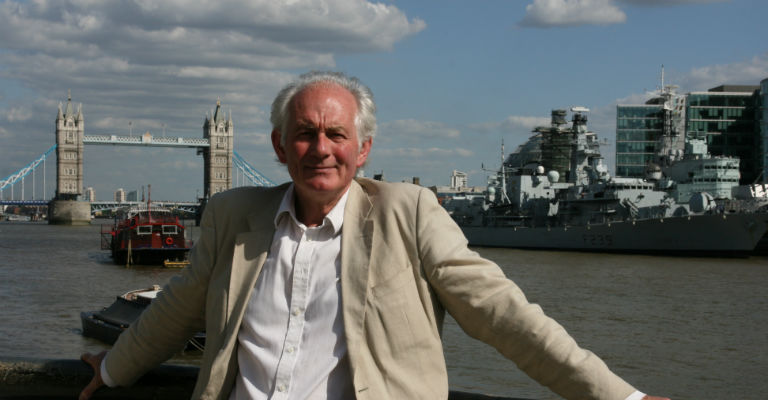 From Egyptian pyramids to the skyscrapers of Manhattan, there isn’t an awful lot that broadcaster and historian Dan Cruickshank hasn’t turned his attention to.

For years, he’s been making what many consider to be a dry subject into a fascinating, exciting topic. He’s best known for his popular BBC history series ‘The House Detectives,’ ‘One Foot In The Past,’ ‘Britain’s Best Buildings,’ and ‘Around The World In 80 Treasures.’ And that’s not to mention the many books that he’s written, as well as getting involved in the restoration and repair of many historical buildings.

He recently turned his attention to cataloguing some of the world’s greatest architectural achievements in the accessible ‘History of Architecture in 100 Buildings,’ which is what he’ll be focusing on when he spends an evening at The Maltings on 9th September.

But he’ll also be casting his eye a bit closer to home too, giving his own take on some of Berwick’s very own architectural gems. He’s set to talk a bit about “the Elizabethan town walls, the Town House, the early 18th century Office of Works at the Barracks, the nearby suspension bridge,” which will no doubt give a fascinating and unique insight into some of the border town’s hidden gems.

Filled with seemingly boundless knowledge, engaging enthusiasm for a variety of topics and an infectious curiosity that’s bound to rub off on the audience, Dan’s likely to set your passion for history and architecture alight.

“Cruickshank is a World Heritage Site in his own right. In fact, he and Jonathan Meades are about the only people on telly who sound like they know more about their subject than the autocue” – The Telegraph

For more information, including on tickets, visit the Maltings website.