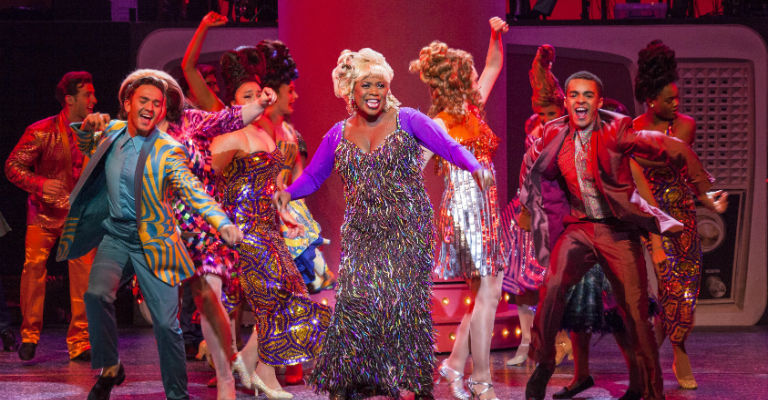 Grab your dancing shoes and get ready to let your hair down (or make it raise to the roof!) because a brand new, all-singing, all-dancing production of Hairspray is headed to Sunderland Empire between 25th-30th September!

Based on the 1988 by John Waters, Hairspray follows the story of Tracy Tunblad, a big girl with bigger hair and dreams to match. She’s on a mission to make it as a star on national TV and win the hand of heartthrob Link Larkin. But set against the backdrop of Baltimore in 1961, she’s also determined to use her new-found fame to fight for equality.

After first opening on Broadway in 2002, the musical won eight Tony Awards, and its opening at London’s Shaftesbury Theatre in 2007 led to four Olivier Awards, including Best New Musical. That same year, the film was remade into a star-spangled Hollywood blockbuster starring John Travolta, Michelle Pfeiffer and James Marsden.

Now, an all-star cast will be making sure that the international success Hairspray has achieved continues. While Rebecca Mendoza will be making her professional debut as Tracy, she’s joined by Norman Pace as Wilbur Turnblad and Matt Rixon, who reprises his role as Edna. Musical theatre icon Brenda Edwards is set to take a turn as Motormouth Maybelle, with Chicago’s Gina Murray in the role of Velma Von Tussle and Edward Chitticks as love interest Link Larkin.

Set that beehive high and prepare to dance up a storm – this is set to be one unmissable production!

For more information, including ticketing, visit the Sunderland Empire website.