PREVIEW: Katy Brand: I Was A Teenage Christian @ The Maltings, Berwick 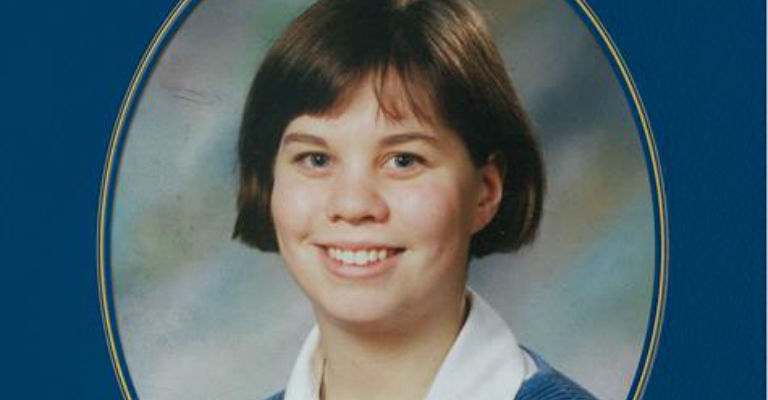 If you were asked to pick something to represent Katy Brand, what would you think of? Her work in comedy sketch troupe ‘Ealing Live!’ or her own sketch show ‘Katy Brand’s Big Ass Show’? Maybe you just think of her stand-up comedy in general or her writing, such as her first novel ‘Brenda Monk Is Funny’? Fundamental Christianity? Doesn’t even figure, does it?

Does it? Prepare to be quite surprised. When Katy was 13 she went to her local church and decided that she would be a fundamentalist Christian. From there, she went to church four times a week and for seven years whole heartedly believed that she would be going to heaven. It also turned her into a being a self-important, obnoxious know-it-all little so-and-so…

On her latest stand-up tour, Katy’s looking back on that time in her life, where she totally immersed herself in the life of an evangelical Christian. She’s not so sure she’s going to heaven anymore, and she’s also not sure just what the hell was going on in her own head back then (other than a desire to exorcise others of their demons while she was just a teenager, apparently).

Having been a hit at the Edinburgh Festival, she’s taking her very public confessional booth on tour, coming to The Maltings this week to reflect on that interesting time. Prepare for her to get frank about her glory days of certainty and judgement – with a little tale of unrequited love thrown in for good measure (she was a teenager after all). Don’t worry though: she’ll be providing this fascinating insight into her own brain and fundamental religion with her usual brand of fiery, white-hot comedy, so prepare to be rolling in the aisles as much as stroking your chins in thought!

‘Katy Brand: I Was A Teenage Christian’ comes to The Maltings, Berwick, on Saturday 20th May. Tickets cost £12.50 (concessions are available). For more information, visit The Maltings website.