Posted on April 23rd 2018 by Whats on Northeast 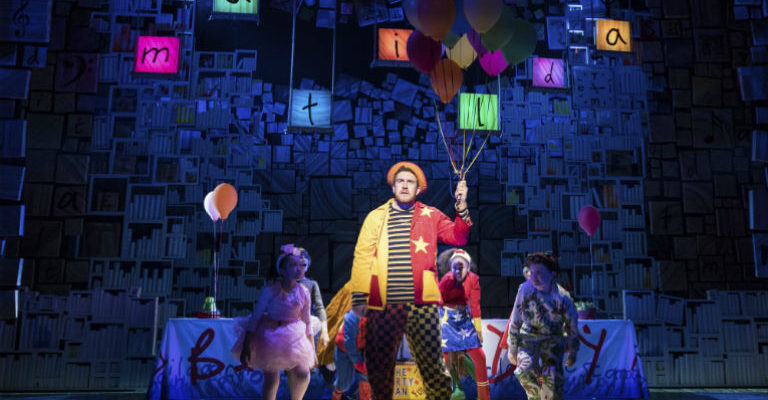 Have you got your tickets yet to the multi award-winning production of the Royal Shakespeare Company’s Matilda The Musical, set to make its North East debut at Sunderland Empire this month?

Inspired by the beloved book by the incomparable Roald Dahl, don’t miss the chance to see “an absolute cracker” when it mesmerises audiences for a limited 4 week engagement at Sunderland Empire from Tuesday 8 May – Saturday 2 June 2018.

With book by Dennis Kelly and original songs by Tim Minchin, Matilda The Musical is the story of an extraordinary little girl who, armed with a vivid imagination and a sharp mind, dares to take a stand and change her own destiny.

Winner of over 85 international awards, including 16 for Best Musical, the UK tour of Matilda The Musical will see Craige Els reprise the role of Miss Trunchbull, having played her in the West End for three years between 2014 and 2017. He will be joined by Carly Thoms as Miss Honey, and Sebastien Torkia and Rebecca Thornhill as Mr and Mrs Wormwood. The title role will be shared by Annalise Bradbury, Lara Cohen, Poppy Jones and Nicola Turner.

Matilda The Musical has now been seen by more than 7.7 million people worldwide. Having swept the board at the 2012 Olivier Awards, with a record-breaking seven awards, and winning four Tony Awards and a Tony Honor for Excellence in the Theater for the four girls sharing the title role on Broadway, Matilda The Musical has now played in over 60 cities and has played more than 5500 performances worldwide.

Current best availability is at midweek performances, with prices from £17.50.

Tickets available in person at the Box Office on High Street West, from the Ticket Centre on 0844 871 3022* or online at www.ATGtickets.com/Sunderland* *Calls cost 7p per minute plus your plus your phone company’s access charge. Booking and transaction fees may apply.

Please note, children under the age of five will not be admitted.