Posted on April 25th 2017 by Whats on Northeast 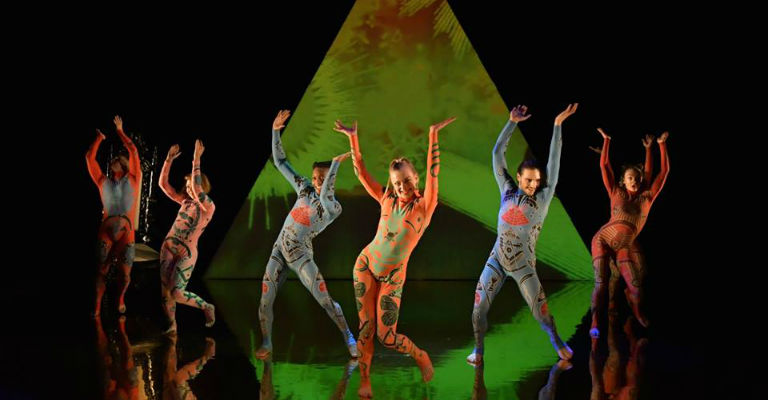 Prepare to enter the void and take a trip through the weird world of pop culture and conspiracy theories at Dance City this week!

Brought to the Newcastle venue by the always-impressive Rosie Kay Dance Company, MK Ultra will be providing a blast of high-energy, thrilling dance mashed up with music and striking imagery. The company have been joined by television journalist Adam Curtis, best known for his work such as ‘Bitter Lake,’ the acclaimed series ‘The Power of Nightmares’ and the recent hit BBC film ‘HyperNormalisation,’ taking on the role of creative collaborator on the project.

Together, Curtis and the company have crafted a narrative about MK Ultra, a CIA code word for a real LSD fuelled brainwashing technique that was developed by the US military. Conspiracy theories surrounding the project are rife, with many believing the programme to still be active, with many of the world’s biggest pop stars merely being puppets of the Illuminati, a shadowy elite group who are planning to create a New World Order of authoritarian government.

You’ll never quite have seen pop culture represented on stage in such a way. With occult messages, hidden symbols and hyper-sexualised imagery (and yep, that does mean a heavy dose of twerking!) Kay and Curtis have fearlessly delved into a new way of looking at mainstream culture by subverting already subversive signs, symbols and imagery, with The Guardian recently calling the production “wildly ambitious.”

We don’t want to brainwash you, but this dance performance is set to be mind-bendingly good.