Posted on January 8th 2018 by Whats on Northeast 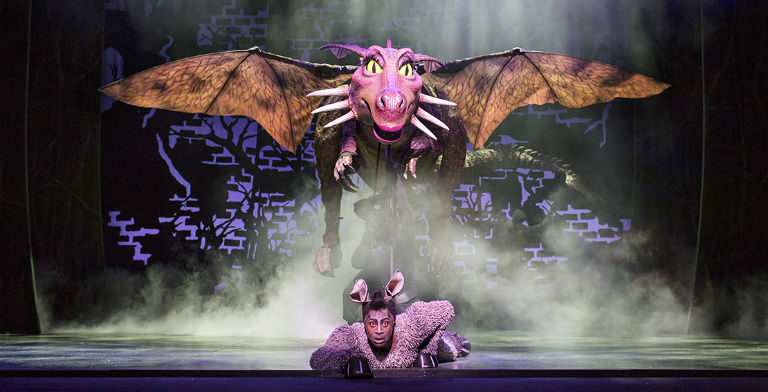 Following a record-breaking UK and Ireland Tour, the smash hit blockbuster is back – and larger than life!

Based on the story and characters from the Oscar®-winning DreamWorks Animation film, this hilarious and spectacular production turns the world of fairytales upside down in an all-singing, all-dancing, must-see musical comedy.

Join our unlikely hero Shrek and his loyal steed Donkey as they embark on a quest to rescue Princess Fiona from a fire-breathing, love-sick dragon. Add the diminutive Lord Farquaad, a gang of fairytale misfits and a biscuit with attitude, and you’ve got the biggest, brightest musical comedy around! Featuring all new songs as well as cult Shrek anthem I’m a Believer, SHREK THE MUSICAL® brings over 100 much-loved fairytale characters, plus a 14-foot dragon, to life in an all-singing, all-dancing extravaganza.

SHREK THE MUSICAL® is directed by Nigel Harman, and is based on the story and characters from William Steig’s book Shrek! and the Oscar®-winning DreamWorks Animations feature film.

‘The most fun you’ll ever have’ – Daily Mirror

Steffan Harri stars as Shrek and Marcus Ayton is the perfect voice for Donkey, all children thrive to see this show and adults love it too!

If you’re seeing a show you can travel on Metro and the Shields Ferry for free for up to two hours before and after the performance! We’re just a short walk from Park Lane Metro station or Sunderland Metro station.