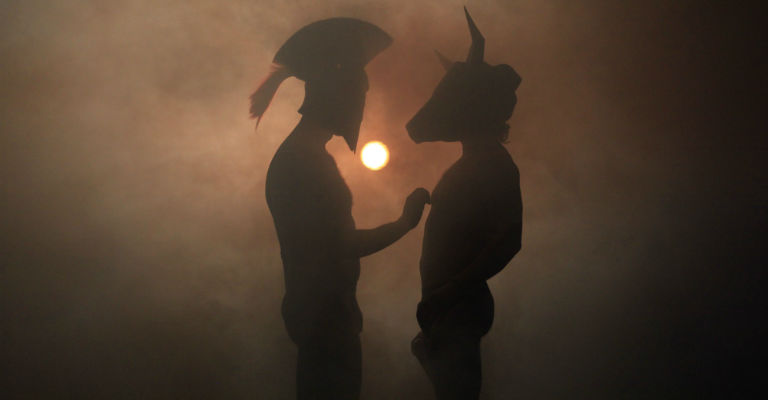 No, it’s not the start to an Ancient Greek joke based on mythology, but the concept behind Paniclab’s latest dance opus, ‘Theseus Beefcake.’ It’s coming to Dance City on 7th July as part of the Curious? LGBT festival, and is set to journey into the dark labyrinth of masculinity.

The company are set to explore the male mind and the concept of what makes a man a man through a heady cocktail of elements, including Greek mythology, American frat culture, death metal, martial arts, pornography, and rodeos. And that’s not to mention the epic dancing from dual leads Joseph Mercier and Jordan Lennie.

For anyone interested in delving even more deeply into the world Paniclab have create, there’s two free talks taking place both before and after the show. There, both Mercier and Lennie, as well as Dance City’s Artistic Director Anthony Baker will be discussing the show, going into more depth about the themes and ideas behind the performances.

Bold and uncompromising, ‘Theseus Beefcake’ is set to be an unforgettable two-handed exploration of masculine excess, fantasy, friendship and competition. Are you ready to enter the labyrinth?

For more information about ‘Theseus Beefcake’ or any other Dance City performances, visit their website.