Posted on August 30th 2018 by Whats on Northeast 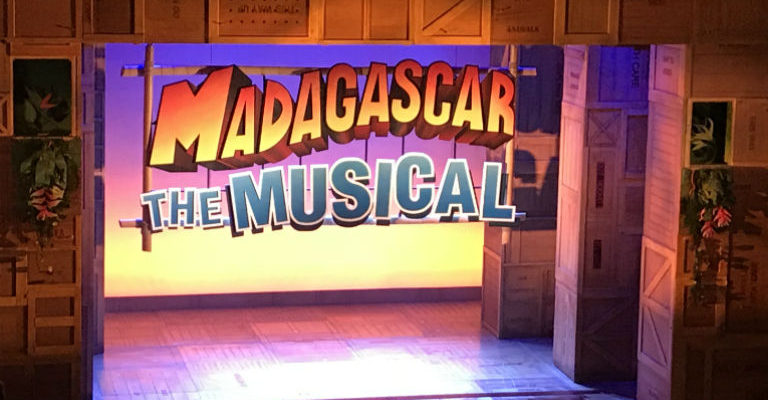 Madagascar the Musical is a heartwarming, hilarious, family friendly tale about friendship not only in central park zoo, but in the wild as well! It tells the story that no matter where the jungle bunch are, as long as they are together, it doesn’t really matter. Throughout the show, with X Factor winner Matt Terry playing one of the main characters – Alex the Lion, the animals sing about this friendship and everything else for that matter. If you’re a lover of musicals, I would definitely recommend this one!

Alongside Matt Terry as Alex, Antoine Murray-Straughan plays Marty the Zebra, Jamie Lee-Morgan plays Melman the dopey Giraffe, and Timmika Ramsey plays Gloria the glorious Hippo. Running after Marty, the rest of the group escape Central Park Zoo where they then bump into police and scare an old lady to almost death before quickly waking up in wooden crates on a ship in the middle of the sea, on the way back to Africa. Of course, Melman is freaking out but the, well known, pesky penguins have it all under control after knocking out the Captain and Skipper taking over the wheel in attempt to make it back home to America! But the plan fails and Marty is over the moon to be waking up in the wild!

Now, if that doesn’t make you laugh, King Julian definitely will! With his scheming plan, the bossy lemur is definitely my favourite character. From the way he talks to the way he walks with his little stubby legs, this character is sure to make you laugh. And, of course, not forgetting his famous lines singing ‘I like to move it, move it’. To me, the characters on stage were so alike to the actual film, from their voices to the way they move!  I couldn’t get over how good of a performance it really was, from the dancing to the singing. Of course, the singing was fantastic with Matt Terry’s voice roaring the lyrics, but Timmika Ramsey, who played Gloria, hit those high notes like there was no tomorrow, but it sounded amazing! I wanted to be up on the stage joining in! The dance routines were so impressive, especially from Marty, played by Antoine. His personality matched the Zebra in the film directly, as his dance moves demonstrated. Even Melman, who had recently got out of his wheelchair knew how to MOVE IT!

So, after being transported into Madagascar, Alex was no longer the ‘King’ and dinner was no longer being served on a plate to him! He found himself dreaming about a nice tasty steak, the type that is served at the zoo… or the type that talks, sings and dances on stage. It made me laugh especially when the steaks were singing! You just don’t expect it. Everyone in the audience found Marty’s response funny when Alex woke up biting his butt, and soon he just had to accept this was now a part of nature. Obviously this was not an option for Marty, nor Gloria or Melman so after hearing Skippa bring the ship back in, they decide it’s time to go home. With Alex finally on side, they realise that they don’t care where they are, as long as they are together, it’s all they need.

The kids in the audience, as well as the adults were all laughing throughout the show. I would definitely recommend this to any one from any age range, especially families. It is a must see for all. Not forgetting the friendliness and politeness from Sunderland Empire as a whole! Madagascar will be at Sunderland Empire until the 1st September, tickets are available to buy from: https://www.atgtickets.com/shows/madagascar-the-musical/sunderland-empire/