Posted on November 2nd 2018 by Whats on Northeast 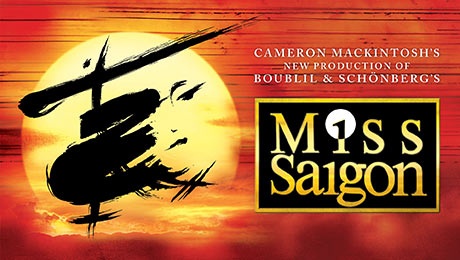 Miss Saigon is a show so different from any other that I have seen! If you’re looking for a musical which focus more on the drama of the story, then this is for you, and where better to see it than the friendly and welcoming Sunderland Empire. From the utterly heartwarming story line to the phenomenal scenes throughout the whole show! Oh my Saigon, coming straight from Broadway, this is a show not to be missed.

Emotion was high from the whole audience as the tragic tale showed how love was doomed by day one in the town of Saigon during the Vietnam War. Life was unfair for the American Marine, Chris, and 17 year old Kim, when they finally found the one thing good in their life – their romance – which was tragically tore apart due to being in the time and place which made it impossible to love. But who was to know that this love would result in something so special?

After the unfortunate death of her parents, The Engineer took Kim to work in a club, a very sleazy club in fact, not knowing that this was where she was going to find her answer to her problems – a gentle American named Chris. After releasing that Kim isn’t just an ordinary bargirl, Chris expresses his emotions to discover that she also feels the same way. After some time, they make the big decision and the bargirls hold a Vietnamese wedding ceremony for the Marine soldier and the venerable Orphan. However, anger arose when Thuy, Kim’s cousin who she was arranged to marry since the age of 13, turned up to take Kim home. After being threatened with guns, Kim’s and Chris’ feelings shine through, knowing that they don’t want anything else in this world. This is the one hope of happiness the couple had experienced in a long time, and despite wanting to suffer in the ruins of Saigon to stay with his wife, emotions rocketed with sorrow when Chris was forced to leave. Was he going to leave for good? Was Kim ever going to see Chris again?

At this point of the show, the tension in the audience was high. Kim was suffering with the remains of Saigon, not knowing that Chris was at home with his new wife. However, Kim wasn’t alone. Heart strings of the audience were being tugged when finding out Kim had a son, which, by the way, was played by the cutest little boy (he could probably pull on your heart strings himself). Without knowing it, Chris had left Kim with a child. Someone who Kim not only mothered, but someone Kim also lived for. Kim did all she could do for her son, but it was never enough. How was she going to keep her son safe? Safe from the danger of Saigon or safe from the danger of Thuy, as she knew he wouldn’t approve? Was her son ever going to have a father? Was Chris ever going to return to Saigon? Scenes like this was when emotions were at their highest. There was only one thing she could do – go and find Chris herself, but with the Engineer alongside of course, although he was an evil character, he had been the reason that Kim found Chris in the first place… But how would Chris react to finding out he had a son to his secret wife, the wife he loved the most?

Throughout the whole play, I was stunned by the use of sound and lighting. Saigon looked so ruined, but in such a way that made you imagine you were there too, in the town and in the story. As well as this, the sounds used made the show come to life and made you feel that the adventure was happening right there in front of you. Every gunshot made me jump a little and the helicopter scene was absolutely fantastic. I generally felt as though the helicopter was real, and it was flying right for me, due to how real it looked and sounded. You can tell each scene had been planned out precisely, and wow was it successful, from the acting, to the story, to the way each scene looked in order to make you feel as though you were there in the scene too. I was most definitely on the edge of my seat.

The songs throughout the show were amazing, each song meant something and made you experience all different types of emotion. From Kim singing ‘A Movie in my Mind’ to the Engineers ‘American Dream’, emotions were all over the place. That performance was one of my favourites especially, it was full of surprises and the cast were dancing their way through the Engineers life story. That performance involved all sorts of passionate props and vivid, sparkling costumes. It certainly did feel like the American Dream.

However, I must say, I was shocked by the use of explicit scenes and language. Being 17 myself, I would not recommend this show for anyone under the age of 14 as there is a lot of swearing throughout the whole show and some scenes do explore a sexual nature. Nevertheless, the show is still amazing and I think that it is scenes like this which make Miss Saigon seem so much more real, and stand out as being different compared to the other shows I have seen before. Altogether, this influences and dramatises the shows storyline, allowing the audience to feel more emotionally warmed and triggered.

I think everyone knows what I’m talking about when I say that this production is huge in every way. The cast was perfect, the songs were perfect, the lighting and sounds were perfect, and most importantly, the story line was perfect. At the end of the show, it was right to expect that the whole team behind ‘Miss Saigon’ were going to receive a standing ovation, and they certainly did, from the whole of the audience, old and young. I would say Miss Saigon is certainly a show for all adults. I could write about Miss Saigon all day, but I must say a massive well done to the team for such a wonderful experience. It was a pleasure.