Posted on February 19th 2018 by Whats on Northeast 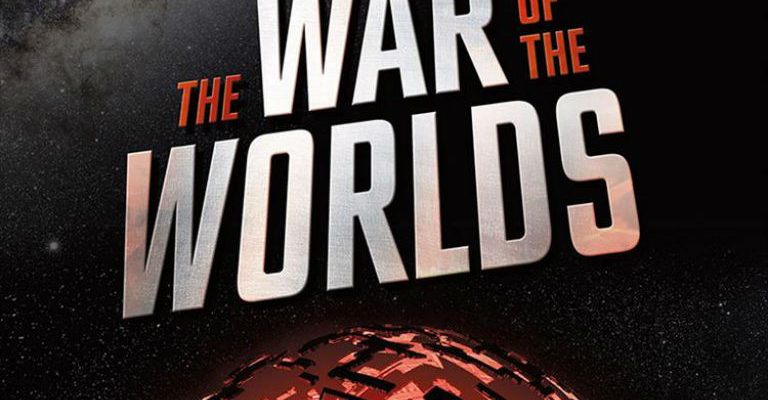 No one would have believed…

Ever since the now infamous radio retelling of H G Wells’ science fiction classic, The War of the Worlds has inspired creative interpretation, often using methods and technology of the time and adopting the location to best suit their needs.  Jeff Wayne, with his seminal double album, was my favourite, the Tom Cruise Hollywood gloss version by far my least.  This new imagining, set in the North East and featuring 4 interwoven stories, is by far the best I’ve seen on stage and one which attempts to leave the audience with a more pertinent twang of realisation in keeping with the current environmental challenges.

The premise is that our 4 characters are but mere ghosts, back to recount their experiences as the first wave of Martian invaders descended onto the North East coastline.  Set just before the start of the 20th century, they draw on the undercurrent of change, the feeling that the rich are beginning to get richer and leave the have-nots well behind (something that rings only too clearly in the present day).  The technological advancements seem to best serve the middle and upper classes, leaving the poor and working class adrift and struggling to eek out a place.  Inequality besets every avenue and yet, through this sudden interruption to the social norm, they witness all levels thrown together in a battle to survive.

Laura Lindow, the writer and creator, has managed to remain very true to the essence of Wells’ original without it feeling like a substitution rewrite, indeed there are elements which most certainly serve to enhance the source text of which Wells would have surely approved.  Peppered with colloquialisms and Victorian Geordie, it presents both as a fictional tale and a history lesson rolled into one and is instantly recognisable as Victorian Tyneside.

Lindow’s treatment of this great story is as much an inward reflection on how small mankind is, how pitiful our supposed achievements are and how the words preached about tolerance and coexistence are just hollow gestures; brilliant insight by Wells in 1898 and perfectly in tune 120 years later.

The cast, Jack Lloyd (Ridley), Luke Maddison (Boots), Charlotte Ryder (Jill) and Lauren Waine (Mo) give an imperious lesson in creating characters through the power of suggestion, and James Pickering’s use of a minimal set only serves to keenly focus the attention on the actors.  Through their wonderful storytelling the small island stage becomes a moor, a chapel, a shipyard, poverty ridden back streets, tunnels and seashore.  The brilliant soundscape of Mariam Rezaei transports you right into the heart of the industrial North yet this familiar aural tapestry is twisted into a threatening and scary horizon, driving the audience towards a precipice of uncertainty and never letting the heart rate drop to a comfortable rest.

Of all the scenes, only the finale felt a little contrived with the cast issuing a warning ultimatum of man’s refusal to protect the planet that protects them –  not quite a Daily Mail headline but perhaps one which could have been more implied, leaving the audience to feed more on their own thoughts than being told to do so.  That said, the feeling one is left with is simple – substitute the Martians for Big Business, despotic rulers, New World order, blatant commercialism or scant disregard for the natural resources and we too could suffer a cataclysmic disaster from which we will not recover.