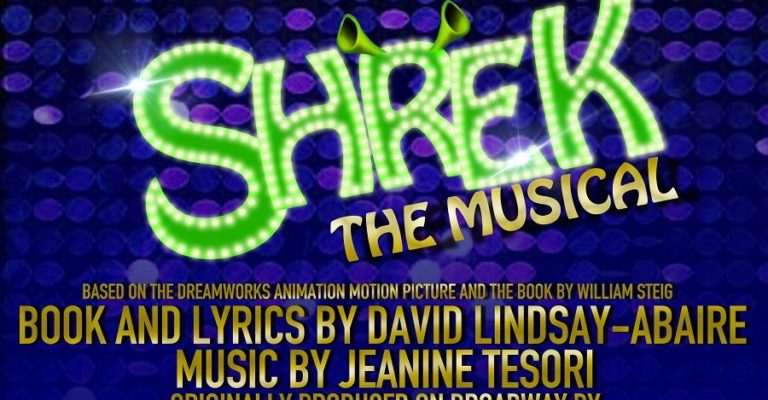 Shrek the musical has been one of the most successful musicals in theatre history so it was great to see Tyne Opera House’s own version of the musical, performed by Astravaganza Entertainment, and I must say what a fantastic job they did too! All through the show I was laughing but it was great to see the fairy-tale story unfold into something even more magical as Shrek and Donkey go on their quest to rescue the princess from the tower guarded by the fire breathing dragon.

I was stunned by the use of costumes and props especially in this performance. One of my favourites was the fire breathing dragon as the way it was presented just looked so creative, I’m surprised it could fit on the stage due to how big it was. I also thought that Lord Farquaads costume was particularly interesting. I loved the way his legs were made smaller as it brought a sense of humour to the scenes where he was dancing and singing.

Another one of my favourite characters in this musical was of course Donkey. The actor who played Donkey was absolutely fabulous! He talked and sang exactly like how Donkey is presented in the film. It was such a funny musical all throughout and the songs had everyone in the best mood despite the warm temperatures inside the theatre this week.

In my opinion, Astravaganza Entertainment have done a fantastic job with this all singing and all dancing musical! From the plot to the music, and the costumes and humour of the show, this is a show not to be missed. What’s not to love about a bunch of fairy-tale characters after all? I would strongly recommend this show by Astravaganza Entertainment as a one to see while the kids are on their summer holidays. Get your tickets now @ https://tynetheatreandoperahouse.uk/events/astravaganza-entertainment-present-shrek-the-musical/