Posted on September 13th 2018 by Whats on Northeast 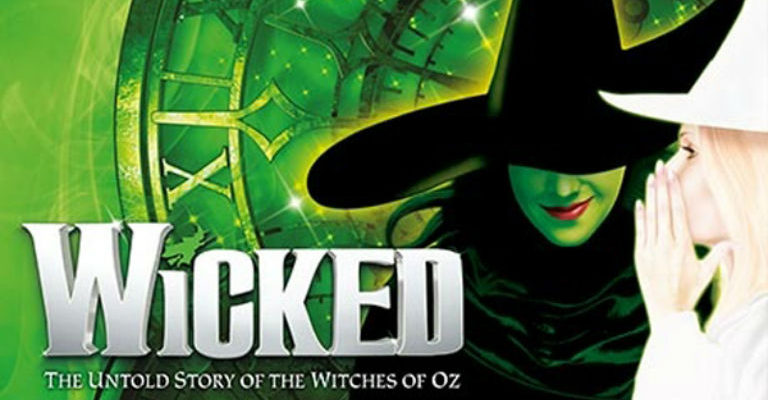 Wicked is a production I have been wanting to see for such a long time, but oh my lions and tigers and bears I was impressed. It was an absolutely brilliant story about how, although the Witches of Oz were clearly two opposites, they had a fulfilling friendship which lasted even through the tougher times. Watching the show, I went from laughing to crying to singing along with the gravity defying cast. Wicked is a must see for any age!

The story itself is fantastic. Glinda, played by Helen Wolf, is a quirky character who is keen to spread her kindness throughout Oz, obsessed with shoes and looking perfect. Whereas Elphaba, played by Amy Ross, was denied at birth for being green. She spent most her life either accidently scaring people with her presence or being bullied for her weirdness and although she tries not to care, she really does. Oh, and pushing her sister around in her wheelchair is one of her main duties in life too.  After sharing a room, Glinda realizes that her and Elphaba are not that different and decides it is time to make Elfie (new given name by Glinda) popular. “She’s gonna be pop-uuu-lar”. She shows Elfie the tricks to tooshing her hair and after sharing secrets, they know they are going to be friends for life. Glinda is the encouraging shoulder to cry on when Elfie opens up her deepest secrets.

As time goes on and a new face appears, Elfie and Glinda find themselves falling for the same boy. Played by Aaron Sidwell, Fiyero is a handsome character who is known for being kicked out for every other University in Oz, but he does know his way around a dance floor. Dancing and charming his way through life. If you think you recognize him – yes – Aaron also plays Steven Beal in EastEnders.

Although she came out green and was known to be the failure of the family, the university discovered Elphaba was a Witch like no other. She had great power which was much stronger than anyone could have imagined. Elfie was invited to meet the Wizard at Emerald City and, with a kind heart, she asked Glinda to come along too. Finally meeting the Wizard, Glinda felt honored and Elfie was positively emerald. But dreams were shattered when, as we all know, the Wizard did not turn out to be what we all expect. Elphaba felt as though her whole world had gone against her and decided to look to the Western sky, and this was when Elphaba became known for being wicked.

Throughout the show all members delivered a perfect performance. Their dancing was fantastic and all members took on their character role perfectly. 21 songs are sang throughout the whole show, telling the story in more detail. I must say the performance of ‘Defying gravity’ is one to remember. All I wanted to do was get up and sing along through the whole song. I honestly felt like I was at the West End – after all she is the Wicked Witch of the West. It was an amazing performance. I was excited, I was intrigued, was Glinda going to go with her?  Was she ever going to see Fiyero again? And this was all just in Act 1. Let’s just say, this show is well and truly breath taking.

The show does last 2 hours and 45 minutes but it is worth every second. This is a must see for all, especially for those who enjoy the film of the ‘Wizard of Oz’. The Witches have a story like no other (literally), a one which will have your heart warming and adrenaline rushing.

Wicked is currently on the Uk and Ireland tour, with a whopping 15 more dates at Sunderland Empire. Tickets are available at https://www.atgtickets.com/shows/wicked/sunderland-empire/#showinfotabs=showtimes