Posted on February 27th 2017 by Whats on Northeast 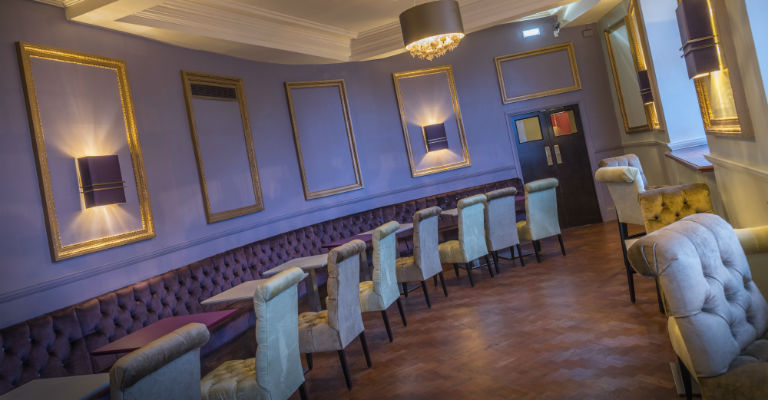 The luxurious new Garden Place Bistro is opening in the former Dress Circle back bar at the Sunderland Empire from 1st March, with walk-up bookings taking place until Monday 20th March, when advance bookings can be made.

Visitors to the Empire can now enjoy pre-theatre dining in the 45-seater bistro both in the evenings and for matinee performances. Both three and two-course menus will be available, as well as a special childrens’ menu for the little ones. It’s promising to provide a relaxing atmosphere to spend time before a performance, without the fear of missing any of your show.

The renovation has been made as part of a £500,000 investment in the theatre, which also includes an extensive refurbishment of the Dress Circle front bar, which includes restoration and exposing of the exquisite original parquet flooring.

Ben Philips, Sunderland Empire’s General Manager said: “2017 signals an exciting time for Sunderland Empire as we embrace the substantial capital improvement plan for the venue. We continue to attract audiences from across the region especially with North East debuts gracing our stage such as The Lion King, Wicked and the homecoming of Billy Elliot the Musical.  We don’t just see ourselves as a Sunderland venue, but as a North East venue.”

He continued: “The renovation work ties in with the developments of our new neighbours at the Old Fire Station in the creation of a cultural hub around the theatre. It’s important to continually attract people into the city via the cultural offer, especially as we work towards the City of Culture 2021 title. Sunderland Empire is just one cultural element of the offer available across the City, but we believe these new developments at the theatre will help drive footfall and people into our city, which is instrumental.”

The new bar and bistro areas are just two of the many restorations taking place within and outside the Grade 2 listed building, with work having already been completed on the Ambassador Lounge and boxes, as well as the completion of the Ordertorium facility. In addition, the iconic Terpsichore was reinstalled to the outside of the building last month, after it had been dislodged in high winds. The tower has also been refreshed, and now boasts a new lighting system too.

All in all, the Empire has never looked better, and has become an even more inviting place to see some of the world’s biggest productions.