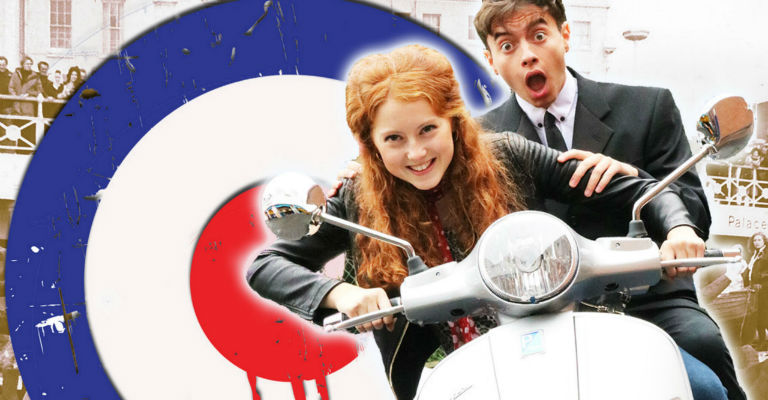 One of the most influential British comedians of recent years, Ricky Gervais, is headed off on his first stand-up tour in a whopping seven years, and he’s stopping off at Newcastle Theatre Royal for two nights along the way! Having had a busy 2016 with the release of David Brent: Life on the Road and the launch of Special Correspondents on Netflix, his new live show Humanity is set to be another sell-out, proving why Ricky deserves his place as one of the UK’s finest comedians of all time.

Think you know Romeo and Juliet? Think again! Oddsocks Productions are back, bringing their new spin on the Bard’s most famous romantic tragedy to Queen’s Hall Arts Centre. And if you want a spectacular musical twist on the classic, then they’ve transported the action from Shakespeare’s time and given the play a mods and rockers spin! Will ‘The Power of Love’ end the violent feud between Romeo and Juliet’s families? Or will it all end in tragedy? Grab your moped and find out!

Back for a new stand up show in 2017, Reginald D Hunter is bringing his brutally honest style back to the UK, heading to the Tyne Theatre this week! Reginald’s gained a popular following after appearing on panel shows such as 8 Out of 10 Cats Does Countdown, and his own hugely popular show Songs of the South, which documented his epic road trip from North Carolina to New Orleans through 150 years of popular song. More recently, he’s been on a critically acclaimed tour of Ireland and Europe. With his cool style and exhilarating way of spinning his craft, Reginald will undoubtedly prove why he’s one of the top comedians on the circuit.

Inspired by the life of writer Lisle Turner’s grandfather Jack, Scorched presents the story of a World War II veteran whose self-tattooed body reminds him of the past as his dementia sets in. The story sees Jack reigning from his armchair in 1991, having been a river warden, boxer, horse whisperer and boat builder, but his mind keeps dragging him back to 1941 when he chased a German POW across the scorching Saharan sands. This one man story tells that very tale, but it’ll also provide a fascinating look at wider issues of manliness, war and the issue of fading memories and dementia.

Alex Iles will be headed to Newcastle Castle on Friday to give a fascinating illustrated talk about the surrounding areas, and how the city we knew today actually began. Chatting about the social and archaeological history of the area, punters will be shown a series of archival photographs and hear about the origins of St Nicholas’ Cathedral, the Bigg Market and the Lit & Phil. It also asks a few intriguing questions, including whether Queen Victoria was less amused with the welcome she was given in the city. Only one way to find out if she was given a rousing reception or the cold shoulder…

In June 2007, Surface Area Dance was officially incorporated as a community interest company, and to mark that decade-long milestone, Dance City are presenting an evening of work. Director Nicole Vivien Watson has specially selected the programme of three works: an excerpt of Auricular, a staging of Project Godie by Vangeline (director of the New York Butch Insitute) and a reimagining o Nulius, choreographed and performed by founding dance artists Joel Daniel and Molly Procter. Rounded off by a live set from electro-pop duo Face + Heel, it’s set to be a bumper celebration of Surface Area’s story so far.

There’s no need to travel to the furthest reaches of the north to catch one of nature’s most fascinating phenomena, as a new planetarium show headed to the Life Science Centre this week can help you experience it up close! Experience the Aurora will send you on a journey with a group of photographers looking to capture the elusive North Lights on film for the whole world to see. Leaning back in the comfort of a planetarium chair, you’ll be able to witness the majesty of the aurora before your very eyes.

Also, don’t forget to enter our current competitions! Right now you could be in with the chance of winning tickets to winning 4 tickets to Lightwater Valley, a pair of tickets to see ‘The Magic of the Opera’ with Lesley Garrett at Newcastle City Hall, the National Youth Dance Company at Dance City or ‘Jane Eyre’ or ‘A Judgement In Stone’ at Newcastle Theatre Royal!