Posted on December 5th 2016 by indigo 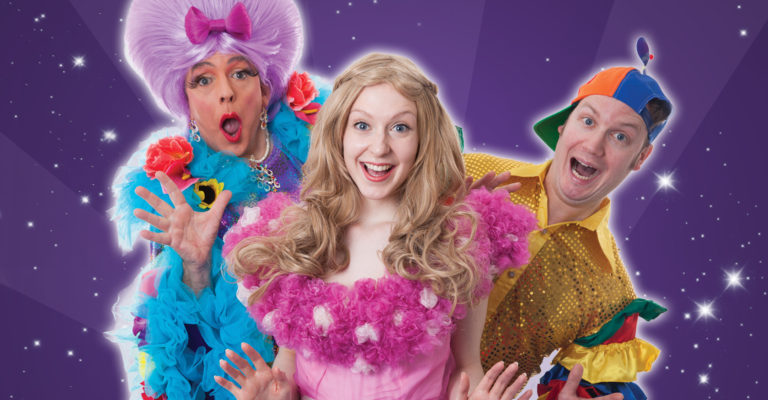 Marking The Jarrow Crusade’s 80th anniversary, South Shields Museum and Art Gallery are hosting not one but two exhibitions marking the events that captured the imagination of a nation. Marking the 300 mile trek to London following the neglect of the Tyneside town in the 1930s, this exhibition reveals details about the 200 individual marchers who made their way to capital on foot. It examines their hardships, lives, town and their protest against injustice through photos, artefacts and contemporary footage. It’s set to be a fascinating insight into one of the most important moments of North East history in the last 100 years.

Think about your usual pantomime – you’ve got your classic fairy tales like Cinderella and then a few more modern takes, such as Aladdin. But if you want something truly different, it’s always a good idea to pop down to Queen’s Hall Arts Centre. In recent years they’ve put on pantomimes based on Wind in the Willows and King Arthur, and now they’re back with another festive spin on an often overlooked classic. So become the leader of the pack by seeing their production of The Jungle Book, which is swinging its way to the venue until 30th December. With music, puppetry and an empowering story for all ages, it’s got all the Bear Necessities…

Christmas is slowly creeping up on us, yet most of us will still be at work doing the usual 9-5. If you’re still working the usual shift and want to check out Northern Print though, have no fear. For one night only the printworks are opening their doors after hours so you can pop down after you’ve finished work – when it’s even easier to get parked outside the gallery! As well as checking out the prints and their latest intriguing exhibition, Northern Print will also be selling some unique Christmas gifts (just in case you want something a bit different for that special person)…

Following a hit run on Broadway, Ian McKellen and Patrick Stewart took their take on Harold Pinter’s No Man’s Land on the road earlier this year, stopping off at Newcastle’s Theatre Royal. If you didn’t manage to catch them in the flesh though, there’s another chance to see their truly (and typically) amazing performances as the whole play is being beamed to cinemas live from London’s Wyndham Theatre. The performance tells the tale of two ageing writers who spin increasingly strange tales as they steadily become more and more inebriated, which become complicated by the presence of two younger men. Whether you’re off to Durham or Barnard Castle, make sure you don’t miss out on this one.

Have you ever been to one of Auckland Castle’s library dinners? If you’ve never been to one, then time is quite literally running out for you to take part. On Friday 16th December the library will be hosting its final ever dinner. The five-course meal will be prepared by head chef Luke Orwin and his team, and is set to feature the best dishes from the past Dinner in the Library events. It might not be the absolute last event – as the library tea room is just closing for restoration and redevelopment – but it’s definitely your last chance to experience the event for some time!

We all know the classic tale: Sleeping Beauty is put under a spell which means that she can only be awakened by love’s true kiss. Trouble is, this is a pantomime, and things probably won’t go to plan for Prince Charming. Following the sell-out success of Little Red Riding Hood last year, Wendy Payn and the rest of The Maltings’ team are back and better than ever with an enchanting production that’ll make you laugh as well as leave you spellbound. All your dreams could come true until 30th December, when Sleeping Beauty will finally be whisked away…

Lighting of the Tree @ Durham Cathedral

Exactly one week before Christmas Day, Durham Cathedral will be lighting up one of the most magnificent trees you’re likely to see this year. The 20 foot tall Norwegian spruce will be turned on, before the Clergy and Choir bless the crib at the cathedral’s west end. The service is suitable for children, and will be a fantastic spectacle for all to behold, particularly after dark.