Posted on February 6th 2017 by indigo 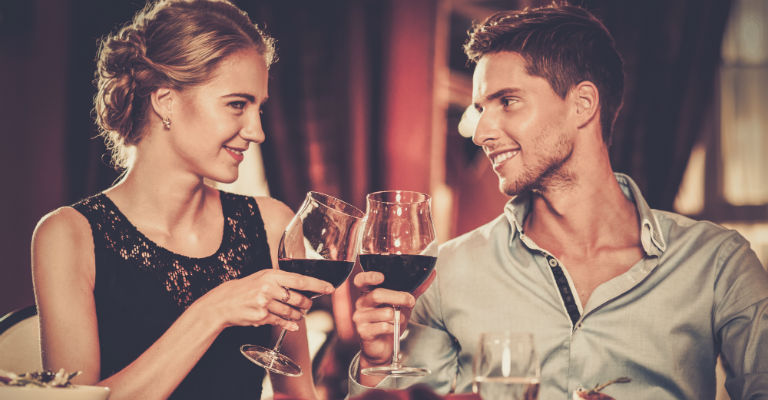 Have you been to see the Brick History exhibition at the Life Science Centre yet? If not it could be the perfect idea for a family outing during half term! Through the power of LEGO, explore 50 pivotal moments in world history, from the birth of civilization and the Renaissance to the Industrial Revolution and the Civil Rights movement. It’s the perfect combination of history and creativity, colliding together into one fascinating exhibition that’ll delight fans of the little bricks and lovers of times gone by alike!

Still need an idea for that special someone this Valentine’s Day? Have no fear! Wynyard Hall might just have you covered with their spectacular Valentine’s Dinner that’s guaranteed to sweep them off their feet. Settle down to a romantic evening filled with the soft sounds of acoustic music, the soothing glow of lamplight and, of course, the exquisite 5-course menu. With its already stunning interior, Wynyard Hall is the perfect place to spend a romantic evening.

It’s one of English literature’s most enduring love stories and it’s coming to a stage very near you. Jane Austen’s classic novel Pride and Prejudice has been adapted for the stage by Simon Reade, celebrating 200 years of the author described by the Observer as “still dazzling”. You can judge for yourself when the tale of high romance and manners in Regency Britain comes to the Theatre Royal, and runs from 14th February (a potentially amazing Valentine’s outing) until 18th February.

This is a man’s world. But here’s two women trying to get to the bottom of it all, pull things together and maybe put things right. Two Man Show sees two women playing two men, talking about masculinity and the patriarchy. Since the words that exist aren’t quite good enough to represent what’s going on though, they’ve thrown in some music and dance to help express themselves even more eloquently. This playful new show comes from two Fringe Fist Winners (in both 2010 and 2011) that puts a fresh new spotlight on gender and language.

Alan Lee is a man at the end of his tether. He’s in a loveless marriage, has a non-existent social life and got a load of debt. Could things really get any worse? What he needs is a way out. And he needs it fast. So what does he do? Well, what anyone would do, right? Turn to “a life of crime” and plan to rob the Ritz for £16m. Okay, maybe not, but you’ll be fascinated by the extraordinary lengths Alan goes to in RJ Wilkinson’s new play. It’s based on a true story but will you believe it? Or is it indeed all One Big Lie?

David O’Doherty: you might know him as that bloke who appears on Channel 4’s 8 Out Of 10 Cats Does Countdown, The Unbelievable Truth, the guy who isn’t Richard Ayoade in The IT Crowd, or, if he’s having a really intellectual day, a voice on BBC Radio 4. But he’s also the Ryanair Enya, and now he’s bringing to you a brand new show filled with jokes, talking (he likes doing that) and songs that are played on a naff old keyboard that’s from 1986. He’s just been on tour with Flight of the Conchords, so he must be doing something right. He’s probably (definitely) worth checking out when he comes to the Tyne Theatre & Opera House.

Have you got what it takes to be a Victorian butler? It’s a lot harder than you might think. For starters, you’ve got to make sure your shoes are polished, your clothes are immaculate and that you’re standing up straight. If you can manage that then maybe you can learn all about the etiquette of Victorian times. Butler School at Belsay Hall will teach you everything from presentation to dressing a table and how best to serve the master. You never know: the kids might take some of the tips home with them!