Posted on April 10th 2017 by Whats on Northeast 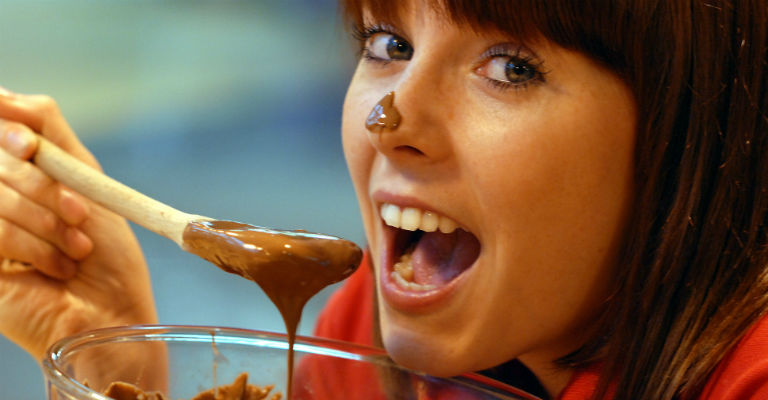 Love chocolate? Of course you do! And with it being Easter we’re finally able to give back into temptation and indulge a little bit in the cocoa delights (unless like us you were bad and gave in on the first week). From 14th April, the Life Science Centre are giving punters the opportunity to discover the science behind the food and discover why on earth we love the stuff so much (it’s probably a bit more complicated than the fact that it’s just so tasty). Bank Holiday Monday is the last chance you’ll get to indulge alongside the kids, so don’t miss out on this chocotastic time!

Tuesday 18th April
All Or Nothing @ Sunderland Empire

Back in the 60s, the sharpest mods were known as “faces.” It’s apt then that one of the 60s most enduring bands should have been partially named after the cultural phenomenon, squarely placing them in the public eye with a wink and a nod. The Small Faces encapsulated everything that was mod – taste, testosterone, stylish and street-wise. That extended to their music as well, which has been used as the basis for ‘All Or Nothing,’ a new jukebox musical written by Carol Harrison and directed by Tony McHale. Witness their best songs (including ‘Whatcha Gonna Do About It’ and ‘Itchycoo Park’) blend in effortlessly with the action. Grab your vespa and get down to the Empire, because it’ll be a rocking night out!

Newcastle Castle is dedicated to giving its visitors an authentic experience, and it doesn’t get more authentic than being guided around the precinct by an actual Norman knight! Clovis is on hand to give punters a 30-minute tour around the vicinity, where he can let you know all about the castle’s pre-history, through to the Norman invasion, and creation of the modern castle itself (yep, Clovis is pretty knowledgeable. Makes you wonder how he gets all that time to study in-between his sword training). The tour also includes entry into the castle itself, so you’ll be able to continue your exploration even after Clovis is off to another battle (well, another tour group!)

It’s a children’s tale by Julia Donaldson and Axel Scheffler, which can only mean one thing: it’s going to be another quality adaptation. Know how else we know that? Because the frankly amazing Scamp Theatre are in charge, bringing Julia’s work to life (literally!) This time round we’re joining up with Betty O’Barley and Harry O’Hay, two scarecrows who love each other, so naturally they decide to get married! Harry sets off for some wedding essentials, but once the farmer realises that one of his scarecrows is missing, he decides to replace him with Reginald Rake. Will Reginald persuade Betty that he’s the right scarecrow for her? Or will true love win out? If you miss it at the Gala Theatre on 18th-19th April, then don’t miss the barn-storming production at the Maltings!

Danny Baker: he’s a broadcasting legend. But did you know that he’s also an illustrious actor? No? Neither did he, to be fair. He’s on tour for the very first time in his career, but he’s never had to learn a script before (despite him being a celebrated writer for over 30 years, including having his autobiographies adapted into the BBC series ‘Cradle To Grave’). So what can you expect from Danny? Well, that no two nights will be the same. Also, he’ll be asking questions like “what was meeting John Lennon/Michael Jackson/David Brow/ Kenneth Williams like” and “did your friend really eat saveloys out of a pith helmet?” (Surely we all want to know the answer to that one?) So sit back, relax, and be taken on a theatrical journey like no other: into the mind of Danny Baker.

Knitting and crochet has become something of a phenomenon in recent times, with more and more people taking up the craft and getting involved in community groups dedicated to needlework. But don’t worry if you’re a bit of a novice to the art! This friendly community project is open to people of all ability levels, with an expert on hand to give advice if you’re a bit stuck with your stitching. For more experienced knitters, you’re also allowed to bring along your own projects, so if you’re in the middle of a new quilt, scarf or something even grander then you’re more than welcome to show it off!

Sunday 23rd April
The Unthanks: How Wild The Wind Blows @ The Maltings, Berwick

In recent times The Unthanks have become one of the country’s best-loved folk bands, singing traditional tunes and their own original compositions with the their North East accents proudly on display. On their new tour, which comes to The Maltings on Sunday, sisters Rachel and Becky are taking on the songs on Molly Drake. As well as being the mother of beloved troubadour Nick Drake, Molly was also a prolific songwriter in her own right. With the full blessing of Gabrielle Drake (Molly’s daughter and Nick’s sister), the Mercury Prize-nominated are set to breathe new life into her work, having previously reinterpreted songs by Robert Wyatt and Anthony & The Johnsons. Expect a magical evening from one of the UK’s finest groups, which will also open your eyes to an often-forgotten songwriter.