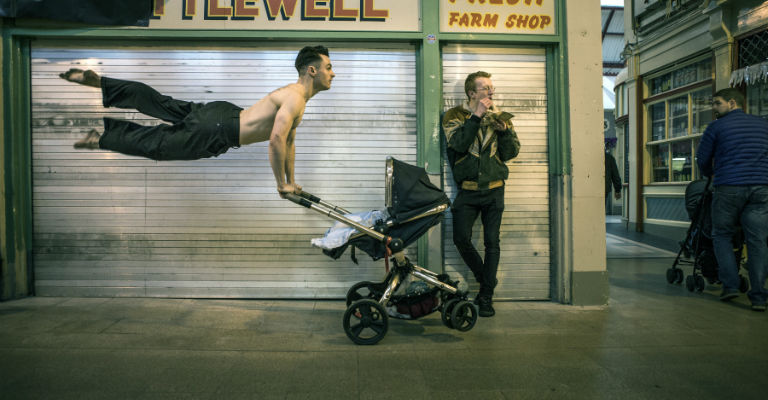 Get ready to join teenager Tracy Turnblad once more as she does the twist and attempts to become a star on one of the biggest shows in the country (and win the heart of local heart-throb Link Larkin along the way). But set against a backdrop of the Civil Rights Movement, will Tracy use her fame to fight for something much bigger than her own personal gain? Expect big hair, big tunes and big laughs along the way!

London Classic Theatre are back touring a new version of Noël Coward’s sparkling comedy. Set in one hotel, two separate couples are enjoying their honeymoons. But when one of the women overhears a very familiar singing voice, it reignites n old spark with some spectacular consequences. Filled with Coward’s razor-sharp wit and astute, quick-fire dialogue, Private Lives has become one of his most beloved and charming comedy of manners, which is set to be brought to life by the company.

Stand-up, poet, improviser, TV mainstay… is there anything Phill Jupitus can’t do? The answer is probably yes, but when it comes to the stage and making people laugh, he’s a master. In new show Juplicity he’s delivering adult themes, but childishly. So, expect him to draw on the chaos of his own life and the uncertain world that surrounds it as he gifts the audience with an hour of hilarious tales and diversions. You might want to hold on to your sides, just in case they start splitting…

Prepare to expect the unexpected! As a new season of dance kicks off at Dance City, this anthology of performances from some of the finest choreographers and minds comes to the venue to present some bite-size, thought-provoking and engaging physical performances. Tacking everything from being a “citizen of the world”, what it’s like to be an elite athlete, colour and light (and so much more besides!) there’s guaranteed to be a performance here to capture everyone’s imagination.

As the sun begins to set across the iconic skyline of Newcastle and Gateshead, join the team from Maggie’s cancer centre at the grounds of Freeman Hospital for their culture crawl. Together, the walk is set to take in some of the city’s most noteworthy landmarks, including the Sage Gateshead, culminating in a final celebration in Ouseburn. At each venue along the way, there’s set to be captivating performances, live music, spectacular arts and mouth-watering food. And it’s all for a good cause! It doesn’t get much tastier than that.

From the ‘Gold’ of Spandau Ballet to his acting performances in the likes of The Krays and EastEnders, Martin Kemp has become one of the country’s most cherished cultural figures alongside his brother Gary. On this special night, Martin will be talking about his spectacular life and career, as well as answering audience questions. If you’ve ever had a burning desire to ask about his time in one of the 80s most loved bands or what it’s like to have a complete change in career and become an on-screen mobster, this is your chance!

Muddy Mayhem is returning to Hardwick Park and it’s set to be bigger, better (and muddier) than ever! If you’re looking for a new challenge or just after some fun, then the course features over 40 obstacles ranging from cargo nets and climbing walls to tunnels, freezing open water and other muddy surprises along the way. Prepare to get yourself dirty, but have a good old laugh along the way!