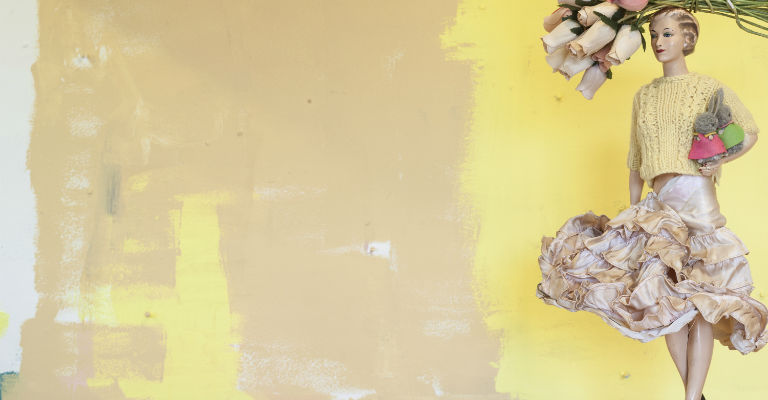 Monday 31st October
Shelf Life: The Ornaments are Talking to Me @ Bowes Museum

Ever looked at an object in your home and not been entirely sure if you’re holding on to a genuine piece of treasure or if you’re just surrounding yourself with useless tat? Either way, the object must have had some initial value to you when you bought it, and that’s the basic premise behind Mark Clarke’s new exhibition at the Bowes Museum. Shelf Life explores the themes of life, loss, love and value through intricate, detailed shelves crammed with a mixture of antiques, treasures and tacky pieces of kitsch that try to make us look at what the real worth of objects is. Does it lie in their simple monetary value or in their sentimental value? You decide.

In 1944, American big band musician, composer and bandleader Glenn Miller vanished over the English Channel as he flew to Paris to entertain troops during the Second World War. The mystery of what happened to Miller was never solved, but the tales of his life aren’t shrouded in the same kind of intrigue. Indeed, it’s his life and times that take centre stage in The Glenn Miller Story, where music legend Tommy Steele takes the starring role as the extraordinary swing sensation. Featuring a 16 piece orchestra and dazzling choreography, this is one not to miss whether you’re a fan of Miller or not!

Written and performed by Apphia Campbell, Black is the Colour of My Voice follows a successful jazz singer and civil rights activist seeking redemption after the death of her father. Reflecting on her epic journey, which sees her going from a life in service to the church to being at the forefront of one of the most important movements of the last century, we see how her identity is intrinsically tied to her race and heritage. Based on the life of the legendary Nina Simone, the show has enjoyed sell-out performances in Shanghai, New York and the Edinburgh Fringe Festival. Prepare to be both moved and inspired.

It might not quite be Bonfire Night but Segedunum Roman Fort couldn’t wait to get the festivities under way! As has now become somewhat traditional, the fort are hosting a firework extravaganza that’s set to light up the night sky around the fort, near to where Swan Hunter used to launch their ships. It’s not all about the fireworks though. There’s also a chance to catch some of the museum’s exhibits beforehand and the café will also be open if you’re feeling a bit peckish.

Knitting, stitching, crocheting… Does it all seem a bit like something your granny might do? Well, The Materialistics are here to change your mind! The group range from novices to experts in various forms of stitch-craft, but all of them are determined to break stereotypes of the art with their work. Using recycled materials whenever possible, the group work tirelessly to find creative ways to make use of wool and thread. In ‘A Grand Tour,’ the group have recreated iconic works of art in various crocheted forms. Prepare to see some of your favourite pieces of art as you’ve never seen them before!

Here’s a second chance to catch Opera North performing their spectacular version of Richard Strauss’ Der Rosenkavalier. The story follows a 30-something aristocrat having an affair with a much younger Count. Despite worrying that he’ll leave her for a much younger woman, she sets up a meeting between him and Sophie, who is being forced into a marriage with Baron Ochs – and the rest pretty much writes itself! This particular opera manages to toe the very fine line between comedic elements and pathos and, of course, contains a wealth of gorgeous music and even more spectacular costumes.

Stewart Lee has become something of a cult comedian in his time, and his status as one of the country’s best stand ups has only been cemented by his Comedy Vehicle (the DVD of which is being given away in the ticket price to these shows). This special run of gigs celebrates the launch of the DVD, but will also see him performing brand new material that will form part of his Content Provider tour. So, if you want a little bit of a sneak peek into what Lee will be up to in the future and a freebie gift, he’ll be providing on Sunday.