Posted on August 29th 2017 by Whats on Northeast 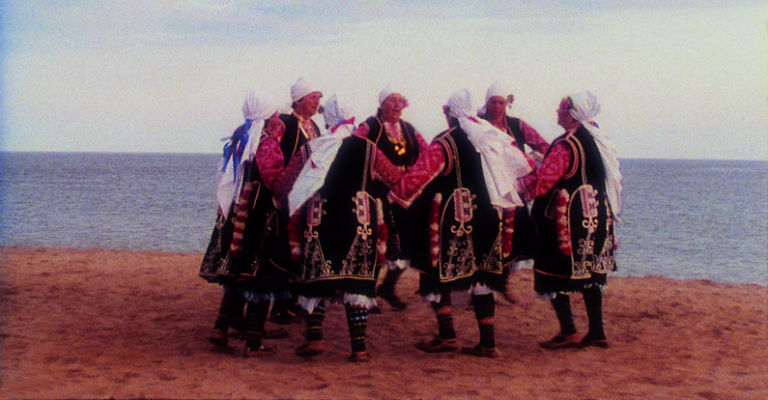 For the last couple of months Berwick Visual Arts have been presenting Singing For The Sea, a film installation by internationally acclaimed artist Bethan Huws. In it, she documents eight female Bulgarian singers performing traditional songs on Sugar Sands, an area of Northumberland situated along the North Sea. Their performance is hauntingly cast along the sea, capturing the sounds of the waves and beyond alongside their voices. It’s now in its last week, ending on 10th September, so make sure to catch it before it disappears as quickly as the waves against the sand.

Variety, the Children’s Charity, is taking over the Sunderland Empire for a special concert starring G4, the singing quartet who shot to fame on The X Factor all the way back in 2004. They’re known for their amazing arrangements of classic tunes such as ‘My Way’, ‘Circle of Life’ and ‘Bohemian Rhapsody’. Not only that, but Sage Gateshead’s stunning Inspiration Choir will also be performing, and it’s all compered by local comedian Bobby Pattinson. It’s set to be a spectacular show for an amazing cause.

During the 1950s, Norman Wisdom dominated the British film and comedy circuit, playing to packed out audiences everywhere, including the London Palladium, and becoming a regular at the legendary Pinewood Studios. Now, his life is examined in a roller-coaster one-man play, where Jack Lane is set to take the audience behind the well-known character and further into the man himself, revealing a tough and lonely childhood as a foundation to his comic genius. Jack is set to play 30 characters in a spectacular tour de force performance that shouldn’t be missed.

September is upon us, which unfortunately means a change in the weather and the end of Middleton Lodge’s Open Air Theatre season. Luckily though, there’s one last chance to catch a glimpse of the open air magic. Illyria are putting on their production of Shakespeare’s farcical The Comedy of Errors, one of his most rib-tickling plays about twins and mistaken identity. Prepare to get your rugs and foldaway chairs and have a good old fashioned chuckle in the grounds.

Newcastle-based theatre company Fun In The Oven specialise in physical theatre, dance and storytelling, creating dynamic and engaging shows. Their latest, focuses on the Canary Girls, a motley crew of Munitionettes doing their best for the war effort. But when they embark on a cordite-filled journey through euphoric emancipation, they discover more about forbidden friendships and anarchic dreams. Ambitious, political yet accessible and subversive, Canary is a production that’s both vitally real and captivating.

Back in 2013, Sam Bailey won the hearts and minds of the nation when she stepped on to The X Factor, becoming an overnight sensation. Her debut single ‘Skyscraper’ shot to Number 1 in the Christmas charts, making her the first X Factor star in three years at the time to win the coveted spot. Now, after supporting Beyoncé and performing on the X Factor Live Show, she’s back doing what she does best on a brand new headline tour. You can expect her to ‘Sing My Heart Out’ when she appears at the Phoenix next week!

Between 7th-10th September, a number of venues across the region will be opening their doors for free as part of Heritage Open Days, a scheme where you can explore the heritage and hidden gems of the area for free! Durham Cathedral, Newcastle Castle and Tyne Theatre & Opera House are all taking part in the scheme, offering special access to areas that would otherwise be closed off to the public and offering new experiences and workshops to show the buildings in a whole new light. If you’ve ever wanted to dig a little deeper into the history and heritage of the area, there’s no better weekend to do it!