Posted on September 2nd 2016 by indigo 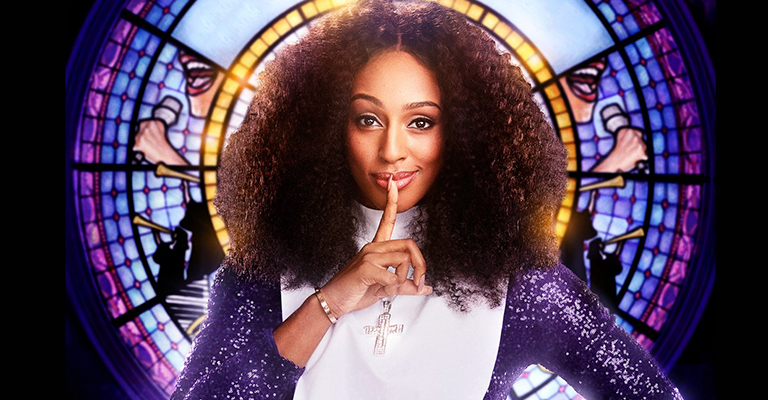 Praise be! Sister Act has finally come to Sunderland Empire and is set to be a holy experience. Until 10th September you can see the revitalised story of Doloris Van Cartier – played by X Factor winner Alexandra Burke – as she is sent to protection after witnessing a murder. Only thing is, she’s been sent to a convent! With original music by Tony and eight-time Oscar winner Alan Menken and dazzling dance routines inspired by Motown, soul and disco, Sister Act will have you dancing in the aisles and singing hallelujah!

What’s in our food? Do we really know what we’re eating? And how much of it do we really need anyway? If you’ve ever been on a diet then these questions will have probably plagued you at one time or another. But have no fear! The Crunch – which is still running up until 25th September – is designed as part of a year of activities about health, our bodies and the planet. It’s an interactive exhibition that’ll help you get to the bottom of what you’re putting inside your body every day and how you can make healthier choices. Oh, and it’ll apparently solve the mystery of why Life has a rubber chicken too!

Rock and Rock Hall of Fame inductee and one of Tyneside’s favourite musicians, Eric Burdon is making an emotional return to Newcastle with his band The Animals. The band were part of the British Invasion in the early 1960s, which saw groups from across the country storming America successfully. The Geordies managed to achieve superstardom with hits such as ‘Baby Let Me Take You Home,’ ‘Don’t Let Me Be Misunderstood’ and ‘San Franciscan Nights’ – you can expect to hear them all when they perform at City Hall!

Drawing on first-hand accounts, correspondences and family anecdotes, The Fighting Bradfords tells the story of the most celebrated brothers in British military service, who hailed from County Durham. Bare-knuckle boxers who also loved poetry, the play tells the story of the family who embarked on a seemingly suicidal mission. The play runs until 17th September, with a Pay What You Like showing on 12th September. It’s set to be an emotional one, but a chance to reflect on the lives of some of the region’s bravest soldiers.

If you’re an art lover and you’ve never been to the Granary at Arts Centre Washington before, then you’re missing out on a little treat. From 9th September until 8th October, the latest exhibition in the Granary comes from local artist Kevan Maguire, who’s bringing his own spin on “pop” art to the space. His selection of paintings will be display for free all day every day, so why not check them out?

We know that the Romans came and built roads, walls and forts (much like the one this event is hosted in) but what else did they actually do for us? Turns out quite a bit. As part of ‘Condensed Histories,’ one man’s entertaining perspective on history featuring comedy and even a spot of juggling, you’ll find out what else the Romans might have given us. And, since it’s Great North Run weekend, there will be actual Roman soldiers from Quinta on hand to guard against invading barbarians!

Artist Zoe Childerley spent six months in rural Northumberland making photographic prints and drawings of what she witnessed and the people she met. Across her residency in the area, she became fascinated with how people on the border of England and Scotland related to the contested land they were living on and many of her works in her VARC exhibition, which runs until 25th September, examines this relationship. Forming part of the International Print Biennale, her works are set to be a fascinating look at the connection between people and land.