BIG ACTS UNDER A BIG TOP AT NEWCASTLE PRIDE 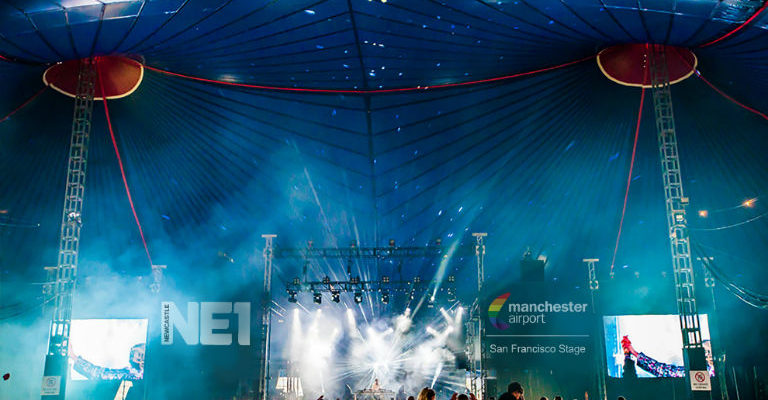 MUSIC fans attending of one of the UK’s largest, free LGBT festivals are invited to fix their Broken Heels and Don’t Stop Movin’ for the first announcement of this year’s musical line-up.

X Factor winner Alexandra Burke and chart-topping band S Club are among the first acts lined up to perform at this summer’s Newcastle Pride festival which is supported by headline sponsor, business improvement district, NE1.

The popular Pride weekend will take place on 20-22 July and be held for the first time at Nuns Moor Park, with a whole host of entertainment and events in the Pride programme in the weeks leading up to it.

As well as a new location, this year’s weekend festival will make use of a big top tent – the same one used for Reading and Leeds festivals with a capacity of more than 15,000 – to protect the crowds from adverse weather conditions.

Alexandra Burke will be headlining the Manchester Airport San Francisco Stage on July 21 while 90’s favourites S Club will take top billing on it the following day.

Since winning the X Factor in 2008, Alexandra Burke has gone on to become one of the most successful winners of the show, with a number of top ten singles, including Bad Boys, All Night Long and her record-breaking Christmas number one, Hallelujah.

More recently she has performed in starring roles on the West End in The Bodyguard and Sister Act the Musical and impressed audiences with her performance on BBC’s Strictly Come Dancing, which saw her through to the final.

“We’ve strived to find a line-up that we think people will really get excited about and Alexandra Burke and S Club are amazing performers,” said Stephen Willis, festival director.

“We are thrilled to be moving to a bigger site with the addition of the tent. It’s sure to be a fantastic weekend but we are aware this is a new site and we will engage with local residents and businesses to ensure they are informed of the event and to minimise any disruption whilst celebrating pride.

“There’s a lot to look forward to this year and we’re extremely lucky to have so many talented acts across both days.”

Councillor Kim McGuinness, Cabinet Member for Culture and Communities, said: “Newcastle Pride is one of the biggest and brightest community events in our annual calendar. The new location in Nuns Moor Park means even more residents and visitors can get involved and attend.

“We’ve enjoyed huge attendance in previous years and we really want to see this popular event grow. What a great line up this year too!

“The event set up with the introduction of tents for the acts will create a fabulous, festival feel to the weekend. We look forward to a renewed Newcastle Pride this summer.”

The festival, which is organised by LGBT charity Northern Pride, generated more than 9.2 million to the economy in 2017 and brought more than 73,000 visitors to the city for the two-day event.

As well as the Pride weekend, there will be a number of satellite events in the weeks running up to the festival at venues around Newcastle.

Many of the events are free to attend, however there are a limited number of VIP and Gold Circle tickets available for those who want to secure prime viewing spots at the Manchester Airport San Francisco Stage event.