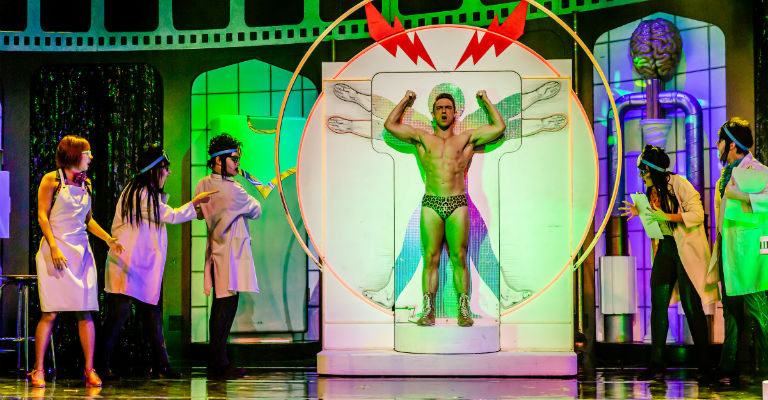 It’s just a jump to the left! One of the world’s favourite rock ‘n’ roll musicals – The Rocky Horror Show – is bringing fun and frivolity to Newcastle Theatre Royal this summer with Strictly Come Dancing’s Joanne Clifton and Duncan James from pop phenomenon Blue starring in the much-loved and outrageous production (Mon 5 – Sat 10 Aug 2019).

Former Strictly champion Joanne thrilled Newcastle Theatre Royal audiences in 2017 as she triumphed as Kansas girl Millie Dillmount in Thoroughly Modern Millie. Joanne will play the role of Janet and has been winning rave reviews for her portrayal of the squeaky clean college kid who, along with her fiancé Brad, meets the enigmatic Dr Frank‘n’Furter by chance when their car breaks down outside his house whilst on their way to visit their favourite college professor and go on an adventure that they will never forget.

The Rocky Horror Show is a guaranteed party, which famously combines science-fiction, horror, comedy and music while encouraging audience participation meaning, of course, getting dressed in the most outrageous fancy dress.

For your chance to WIN 2 Tickets to see The Rocky Horror Show @ Theatre Royal on Monday 5th August at 7:30pm, simply answer the following question below:

Which former Strictly champion will play the role of Janet in The Rocky Horror Show this summer?