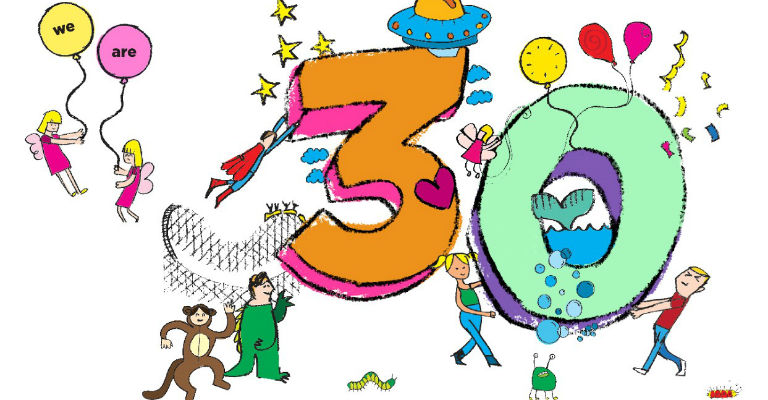 We’ve teamed up with TakeOff Festival to bring you the amazing chance to be able to win a family ticket (admitting 4 people) to any show at this year’s festival between 16th-22nd October!

Designed to inspire little minds and get them more interested in the stage, the week-long extravaganza of shows, workshops and family fun is guaranteed to put a smile on every child’s face (and on the faces of big kids too!) This year, Theatre Hullabaloo are inviting the most exciting companies from across the UK and beyond to showcase their work.

It all kicks off with ‘Nest,’ designed for pre-walking babies to get immersed in an engaging experience that unfolds within a custom-built performance tent to take them on a sensory journey through the seasons. For much older children, ‘Twist’ puts, well, a twist on the classic tale by Charles Dickens, as Chino Odimba and the Theatre Centre transform it into an allegory framed by modern times. Meanwhile, in ‘A Square World’ a man tries to adapt his whole environment so that he can keep playing with his friends in a tale about unfairness and being a square peg in a round hole.

If you’ve ever had a party go wrong, then Nearly There Yet productions have the show for you! ‘The Party’ follows a man as he gets ready to host a long-awaited bash. But then everything goes completely wrong (and there’s a break-dancing, juggling chicken!) Dutch company Bontehond are giving little toddlers a treat with ‘iPet’, which sees two magicians making balloon animals and magic tricks using an iPad. But perhaps the iPad is a bigger mischief maker than they are…

Nearly There Yet return towards the close of the festival for a totally free, pop-up show, ‘The Flying Bazazi Brothers.’ Join the bros as they dance, juggle and fall over for your viewing pleasure! Rounding the whole festival off is a round of ‘Micro-Shakespeare’ presented by Spanish company Laitrum Teatre. Using headphones and puppets, you can get involved and put on your own mini-Shakespearian performance, but if you’re a little less willing to get involved then don’t worry: there’s also the chance to just kick back with a popcorn and enjoy a micro-sized version of a classic by the Bard himself.

That’s simply a small taster of what’s on offer though! TakeOff Festival is bound to launch children’s passions, and it’s set to be a whole heap of fun at the same time!

For the chance of being able to win a pair a family ticket (up to 4 people) to see any TakeOff Festival show of your choice, simply complete the form below and answering the following question.

Q: What is the name of the theatre company who help organise TakeOff Festival?

The winner will be contacted via email on Monday 9th October and must respond with the name of the show they would like to attend.