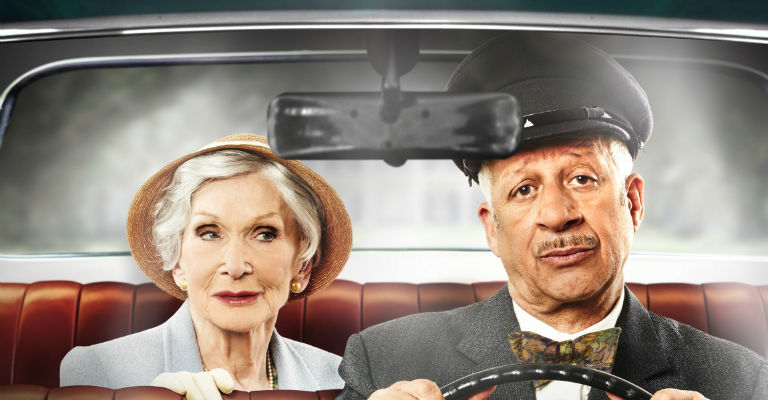 We’ve teamed up with Newcastle Theatre Royal to bring you the amazing chance to be able to win a pair of tickets to attend Driving Miss Daisy on its opening night on Monday 2nd October!

Based on the 1989 American comedy-drama directed by Bruce Beresford and written by Alfred Uhry, which received nine Oscar nominations, the classic Driving Miss Daisy is back for a new stage production!

Set in Atlanta, Georgia, the story begins one day in 1948 when a prickly, 72-year-old Jewish widow, Daisy Werthan, crashes her car.  Deemed too old to drive, her son hires her a chauffeur, an African-American named Hoke Colburn. Daisy and Hoke’s relationship gets off to a rocky start, but as times change across the course of a 25 year backdrop of prejudice, inequality and civil unrest, a profound and life-altering friendship blossoms.

Starring Dame Siân Phillips (I, Claudius, Dune, Marlene, Cabaret) and Derek Griffiths (Beauty and the Beast, Chitty Chitty Bang Bang, Coronation Street) will star in this new, heart-touching production, which will have you chuckling and thinking at the same time.

“A fine and indeed noble piece of work” – Daily Telegraph

For the chance of being able to win a pair of tickets to attend Driving Miss Daisy at Newcastle Theatre Royal on Monday 2nd October at 7.30pm, simply complete the form below and answering the following question.

The winner will be contacted via email on Monday 25th September.