WIN A Pair of Tickets to see Hairspray @ Theatre Royal 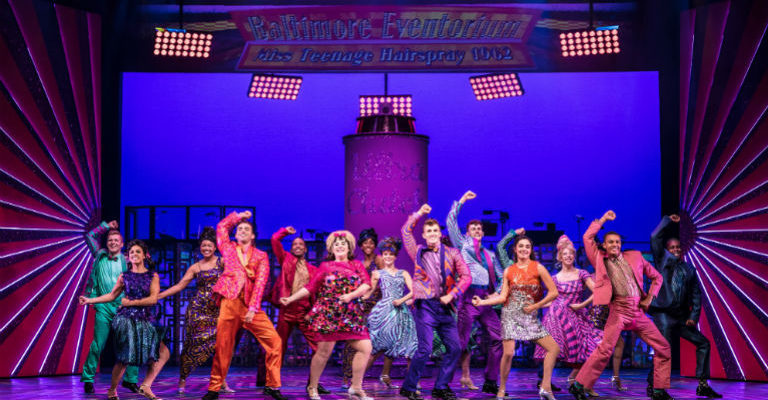 WIN A Pair of Tickets to see Hairspray at Theatre Royal on Monday 25th June @ 7:30pm

It’s Baltimore 1962, where Tracy Turnblad, a big girl with big hair and an even bigger heart, is on a mission to follow her dreams and dance her way onto national TV. Tracy’s audition makes her a local star and soon she is using her new-found fame to fight for equality, bagging local heartthrob Link Larkin along the way.

Based on the 1988 film of the same name, Hairspray the musical originally opened to rave reviews on Broadway in 2002 and subsequently won eight Tony Awards. Later after a run at London’s Shaftesbury Theatre in 2007 the show won four Olivier

Awards including Best New Musical. Proving to be an international success, Hairspray has also opened in South Africa, Japan, South Korea, China and Dubai. Following the musical’s phenomenal success on stage, a film of the musical was released in 2007 which starred John Travolta, Michelle Pfeiffer and James Marsden.

The show was last at the Theatre Royal in January 2016 where it was a huge hit with audiences and critics alike.

For your chance to WIN a pair of tickets to see Hairspray at Theatre Royal on Monday 25th June at 7:30pm, simply answer the following question below:

Who is the main character in Hairspray?