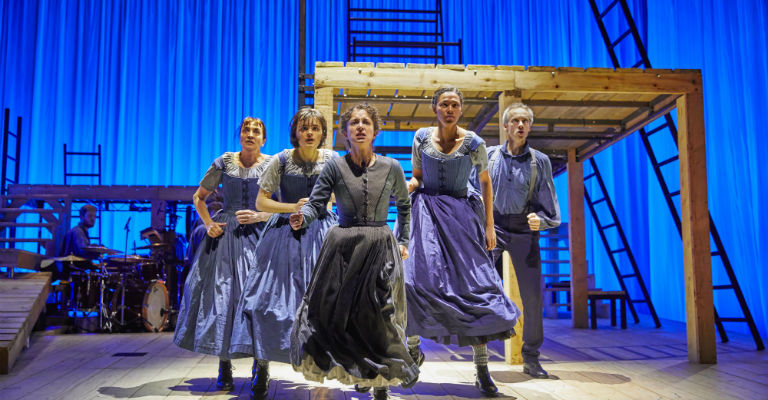 We’ve teamed up with Newcastle Theatre Royal to bring you the amazing chance to be able to win a pair of tickets to the opening night of ‘Jane Eyre’ on Monday 3rd July!

After a critically-acclaimed season at the National Theatre, this stunning new adaptation of Charlotte Brontë’s ‘Jane Eyre’ is headed to Newcastle Theatre Royal between Monday 3rd and Saturday 8th July.

In the classic tale, which is just as trailblazing as ever, the spirited Jane (Nadia Clifford), must face life’s obstacles head-on, surviving poverty, injustice and the discovery of a bitter betrayal by Mr. Rochester (Tim Delap) before being able to truly follow her own heart. It’s an inspiring story ahead of its time, focusing on one’s woman fight to be free and be fulfilled on her own terms, rather than being defined by the actions of others.

This bold new adaptation sees the story re-imagined in a unique and exciting collaboration between the National Theatre and the Bristol Old Vic, directed by Sally Cookson, featuring stunning set design and costumes that help to bring Brontë’s vision to life.

For the chance of being able to win a pair of tickets to see ‘Jane Eyre’ at Newcastle Theatre Royal at 7.00pm on Monday 3rd July, simply complete the form below and answering the following question.

The winner will be contacted via email on Monday 26th June.