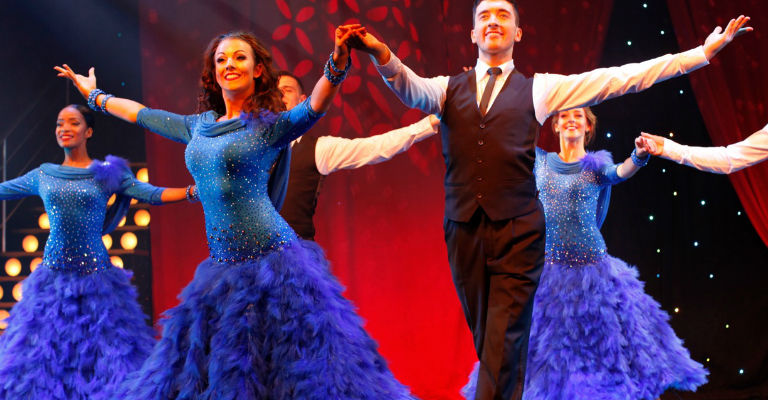 We’ve teamed up with Newcastle Theatre Royal to bring you an amazing chance to win one of five pairs of tickets to see Keep Dancing during its week-long run at the venue!

Keep Dancing is a brand new dance show brought to you by the team behind Spirit of the Dance, that celebrate the world of Ballroom and Latin Dance! It’s set to feature Robin Windsor as well as Katya Jones (who was paired alongside Ed Balls in 2016’s Strictly Come Dancing) and Neil Jones, as well as a top-secret celebrity guest straight from the Strictly dancefloor…

Keep Dancing also features a wealth of world-champion Ballroom and Latin dancers, as well as all your favourite styles of dance in one fast-paced thrill-ride of a production! It’s guaranteed to have you dancing the night away with its breathtaking choreography and costumes! See Katya and Neil in action and find out how you can enter below!

For the chance to win one of two pairs of tickets to Keep Dancing at 7.30pm on either Tuesday 18th, Wednesday 19th, Thursday 20th, Friday 21st or Saturdy 22nd April, simply complete the form below answering the following question:

Q: In what show was Katya Jones partnered with Ed Balls in 2016?