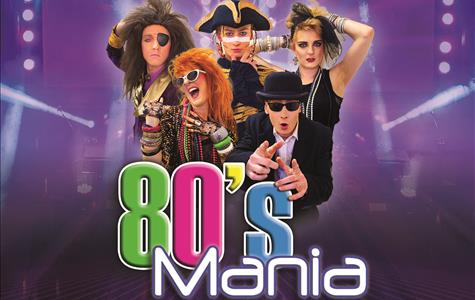 28 chart-topping artistes from the 80’s are authentically recreated to look and sound as they did back in the day with a full live band, awesome dancers, mind-blowing lasers and light design combined with huge video projection complete the production together with over 150 costumes!

Fancy dress is highly encouraged and ladies, dancing around your handbags is a must!!!

So it’s time to dig out your 80’s fashions and Party!

Radio 1, Top of the Pops celebrity, Mike Read, endorses the show and we quote, says  “ITS LIKE TOP OF THE POPS MEETS LIVE AID”