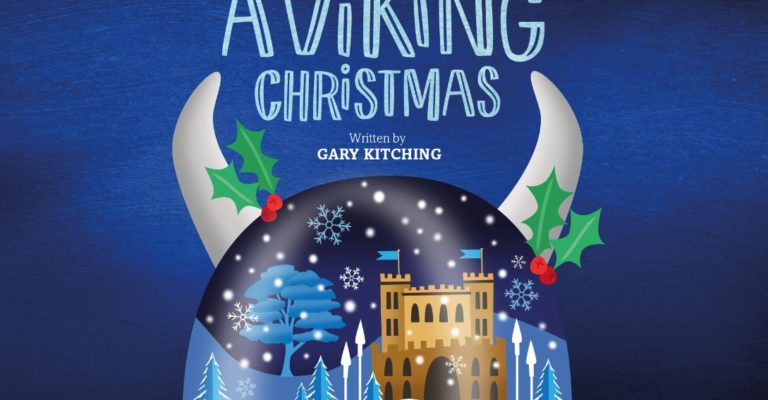 A VIKING CHRISTMAS is a new mid-winter’s show with live music, spell-binding real magic, action and laughter, set in the north of England, produced by Queen’s Hall Arts and written by North East playwright Gary Kitching.

A magical, mythical tale from the frozen land of the Nordic Kings, evil wizards and the Great Warriors of the Kingdom of Northumbria.
Join Lotte, a brave little girl, on her mid-winters adventure as she travels through the ice-covered kingdom of perilous, mystical places and mysterious beings, to the land of high castles and dark places, to the home of the Red Caps and the scary All-Father.
Weaving tales of the north, newly told, discover a new Viking twist on the Christmas story this December.
Suitable for all the family.
Running time: 2 hours inc interval
This is a new and an exciting time for Queen’s Hall Arts under the leadership of new Artistic Director Katy Taylor. As Katy says “We are really thrilled to be producing a wonderful new Christmas show at the Queen’s Hall. The creative team are hard at work on the show already which we know will be engaging, awe-inspiring and fun for children and teachers alike.  A VIKING CHRISTMAS will be a truly original Christmas show created in the North East, inspired by the thrilling myths of Northumberland. Watch out for ‘real’ Vikings”