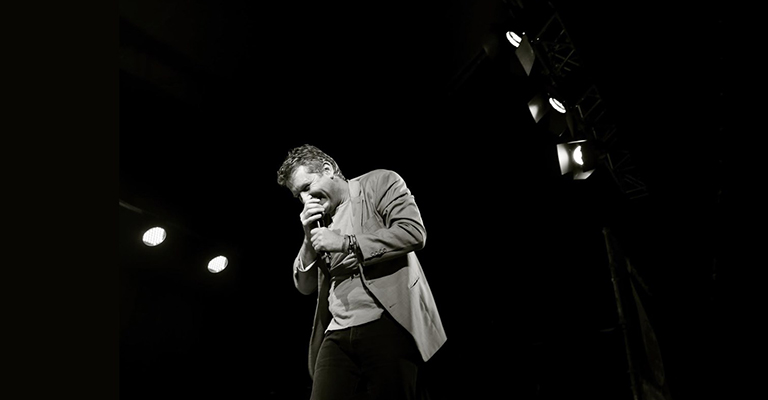 Adam Hills has fast become one of the most popular comedians in the UK, with 15 solo shows that have toured internationally. His combination of positive, uplifting comedy and rampant spontaneity has seen him receive numerous awards, glowing reviews and a legion of fans around the world.

As host of Channel 4’s groundbreaking The Last Leg, Adam won ‘Best Breakthrough Act’ and was nominated for ‘Best Entertainment Personality’ at the British Comedy Awards in 2013. The show itself won ‘Best Entertainment Programme’ at the 2015 Royal Television Society Awards and received another nomination in that category this year, while Adam himself was nominated for for ‘Best Entertainment Performance’. 2016 has seen The Last Leg return with a two-part Australia special and an eight episode series, broadcast this spring. The show has been commissioned for another series to air later this year, and the trio will be heading to Rio for the 2016 Paralympics.

Adam’s solo shows are established highlights at international comedy festivals around the World. He is the only Australian comedian to have performed at the US Comedy Arts Festival in Aspen, and is a regular star of the Cat Laughs Kilkenny Comedy Festival in Ireland, and The Just For Laughs Festival in Montreal.