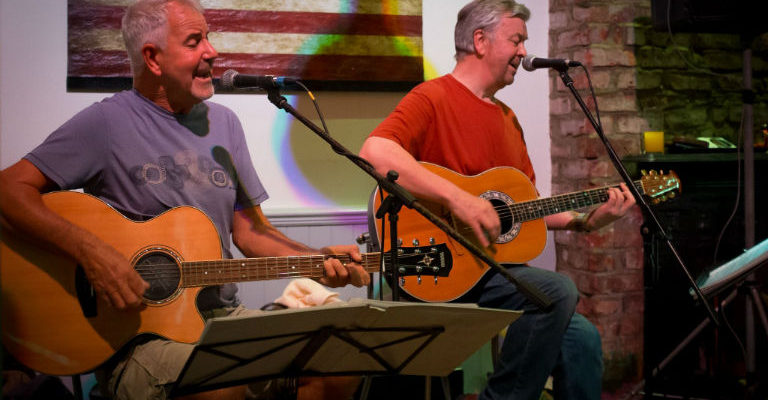 Mike Hall and Dave Robson from well-known north east band After Midnight will be taking time off from their Classic Clapton Tour to perform a rare acoustic set. They will be performing 2 x 60 minute sets.  More details from the venue.

For this unplugged gig Mike & Dave will both sing & play guitar, performing covers of music by The Beatles, The Eagles, Crowded House, Eric Clapton and a number of 60’s and 70’s classics. They will even include at least one of Dave’s original compositions.  NB: this will NOT be an Eric Clapton Tribute Gig