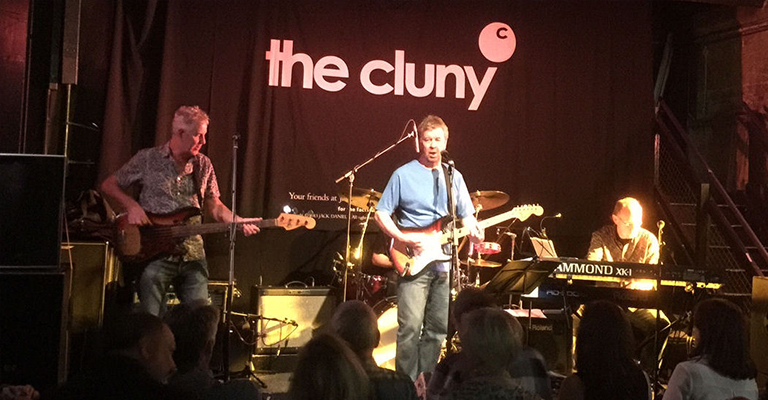 After Midnight will be holding their Christmas Party on Friday 16 December at Cluny 2.

After Midnight have chosen Cluny 2 because it is one of the best and most intimate small theatre spaces in the north east.  The Cluny has deservedly acquired great reputation for championing live music.

NB: This will NOT be an Eric Clapton tribute gig although one or two of Slowhand’s songs will be covered, along with music by Free, Dire Straits, The Beatles, Steely Dan and many other rock classics.

After Midnight performed their first gig in December 1985 at The Cumberland Arms Byker.  Since then there have been many highlights, including support slots with Doctor Feelgood, Steve Marriott & Jethro Tull.  In the past 31 years After Midnight have become one of the best-loved bands on Tyneside.

The band continues to perform it’s CLASSIC CLAPTON tribute concerts throughout the north east including concerts in Newcastle & Darlington. Fans are advised to book early!