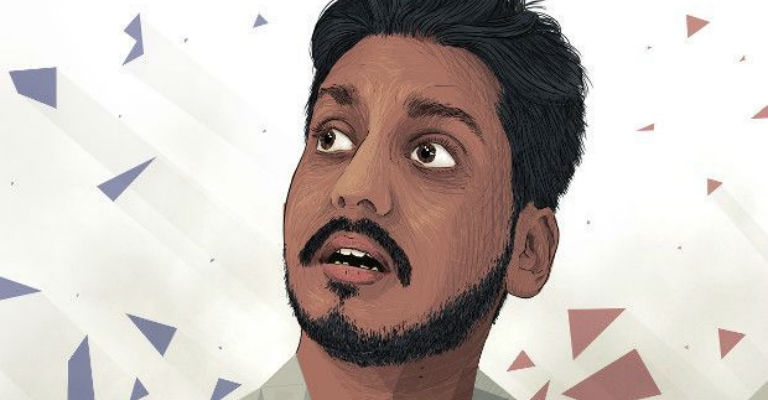 Ahir wants to believe in a future where democracy flourishes, technology liberates us from work, and we all get to rub our bellies in satisfaction at a job well done. However, he’s also felling powerless to enact change, alienated from his fellow lefties, and increasingly anxious about the state of the world after getting caught up in the Paris attacks. He’s got a lot of concerns; fortunately, they’re super funny.

Machines is a philosophical comedy about what is, was, and might be. It contains an absolutely cracking joke about lizards.

“Dizzying in the breadth of its exploration …. eloquent articulacy conveying often complex ideas in pithy, grimly funny lines” ★★★★ The Scotsman