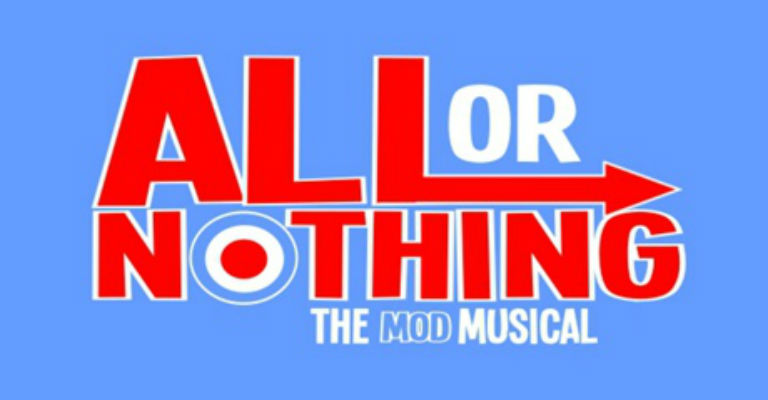 Written by Carol Harrison and directed by Tony McHale

In 1964, a new phenomenon exploded onto the dingy British streets. It was the essence of all that was cool. It was Mod. Mods stuck two fingers up at the class-ridden society and its dull redundant culture. They were working-class free spirits who rode sexy streamlined Italian Vespas or Lambrettas.

The sharpest Mod of all was known as a ‘FACE’.

The Small Faces encapsulated all that is Mod, a unique blend of taste and testosterone, neat, clothes obsessed and street-wise. But these cult sophisticates shared another passion, their dedication to Rhythm ‘n’ Blues. This ‘Mod’ Musical is a trans-generational musical experience celebrating the unique sound of the iconic Mod band, The Small Faces.

Featuring the music of the Small Faces, including an arsenal of brilliant hits like Whatcha Gonna Do About It, Lazy Sunday, Tin Soldier, Sha La La La Lee, Itchycoo Park and of course All Or Nothing,
PREVIOUS TOUR REVIEWS:

‘Funny fiery and brave… you’ll have a rocking night out’
The Daily Star Sunday,

‘The group capture that unmistakable mix of anger and arrogance that defined the Mod sound.’
The Stage