An Evening of Eric & Ern 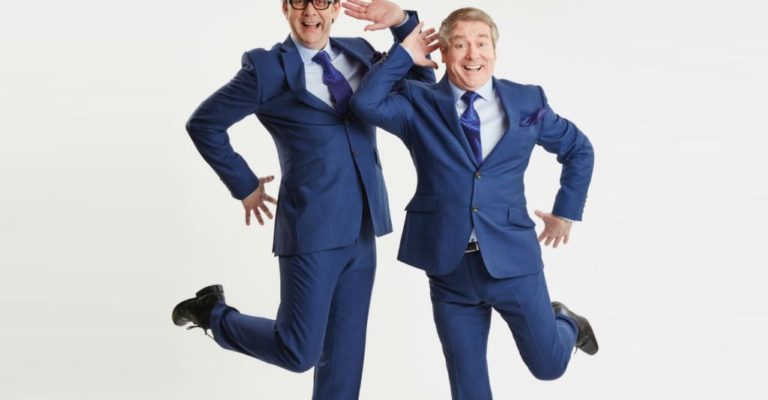 From Ian Ashpitel and Jonty Stephens, the Olivier nominated duo behind the hugely celebrated and critically acclaimed West End hit Eric & Little Ern, An Evening of Eric and Ern is a brilliant homage crammed full of renditions of those famous comedy sketches that hit all the right notes!

From Greig’s Piano concerto to Mr Memory, “Arsenal!”, it’s a show full of Morecambe and Wise’s most loved routines, songs and sketches and, of course, a musical guest.

This wonderful show evokes memories of times when whole families would huddle around the telly to watch those fantastic Christmas specials. You’ll feel you’ve experienced the real thing and been taken back to a world of sunshine and laughter.

As seen on The One show BBC1 and The Alan Titchmarsh Show ITV, this is a show for all the family from 8 to 80!

“Bring the kids – they’ll love it just as much as we did” Dominic Holland
“I never thought I’d see Morecambe and Wise live – I think I just have!” Ben Elton
“I laughed until I cried!” Twiggy
“You have the giddy out of time illusion that you are watching the legendary double-act live.” Independent