An Evening with Monty Don 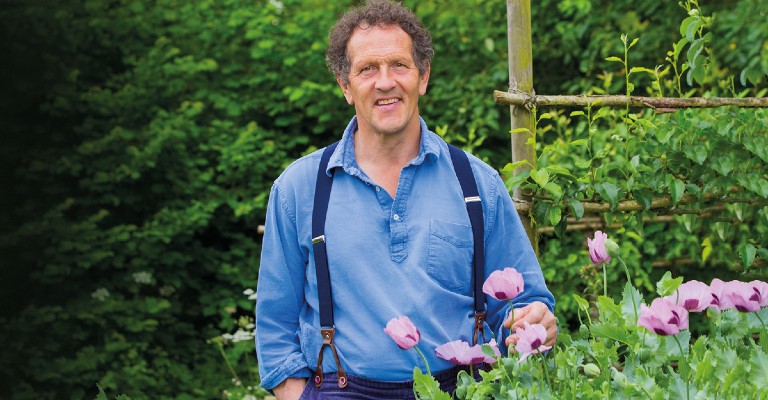 Audiences are invited to spend an evening with the BBC Gardeners’ World presenter and gardening writer this Autumn as he shares his passion for gardens and the unique role they play in human inspiration and wellbeing. For these exclusive events, Monty will share tales from his career in gardening, detail his favourite gardens – both ancient and modern, and reveal how he fell in love with the natural world. Discover how he created his beautiful garden at Longmeadow, the gardening practices he considers to be the most useful and important, and the magical impact of the changing of the seasons on each part of the garden. With something for seasoned gardeners and green-fingered novices alike, don’t miss the
opportunity to join Monty for a timely and thought-provoking celebration of the ever-surprising and comforting presence of nature. This is the ultimate Monty Don experience.

Born in 1955, Monty grew up in Hampshire where he gardened with his family from a young age and was educated at a variety of schools followed by Magdalene College, Cambridge. From the early 1980s, Monty and his wife Sarah set up and ran a fashion jewellery business which enjoyed considerable success. The business closed in 1990 just as Monty’s television and writing career was taking off. A prolific horticultural journalist, Monty Don was the Observer’s gardening editor from 1994 until 2006. He now contributes a regular column for the Daily Mail and Gardeners’
World Magazine.

Monty’s numerous books include Fork to Fork, The Jewel Garden (both with Sarah Don), Around the World in 80 Gardens, The Complete Gardener, The Ivington Diaries, The Road to Le Tholonet, and his bestsellers Nigel: My Family and Other Dogs and Down to Earth. Monty’s most recent books are The Sunday Times Bestseller, My Garden World: the natural year and American Gardens, which like his books Paradise Gardens
and Japanese Gardens, was created with the acclaimed photographer Derry Moore.