Animal Inside Out: A Body Worlds Production 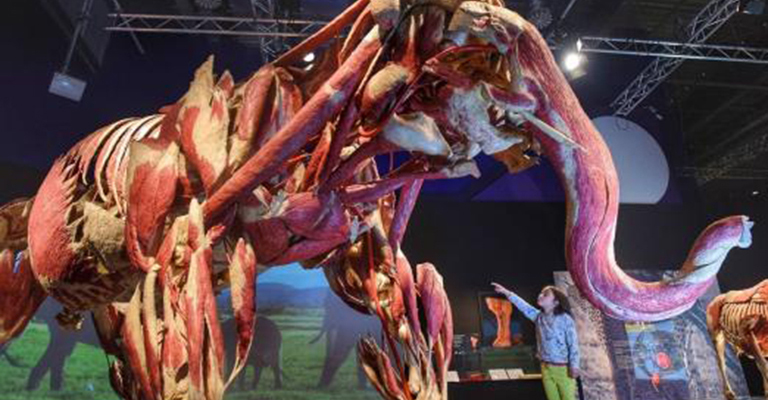 See some of the world’s most spectacular creatures like never before in Animal Inside Out at Life.

From goats to giraffes, elephants to eels and octopuses to ostriches – embark on an anatomical safari exploring more than 100 real animal specimens. Marvel at the muscles supporting the neck of the 5m tall giraffe and stand face to face with an adult gorilla.

Thanks to the science of plastination, invented by Dr Gunther von Hagens, each animal has been painstakingly preserved allowing visitors to see what lies beneath nature’s skin in intricate detail.

The exhibition aims to illustrate the complexity of animal physiology, exploring the inner workings of animals and the systems that allow them to live, thrive and survive. You’ll see the nervous, muscular, circulatory, respiratory, digestive and reproductive systems and be able to compare and contrast them to the human equivalent. Animal Inside Out also shows how different animals have evolved both in their anatomy and their organ function to their natural habitats such as the elephant’s trunk or the giraffe’s long neck.

Animal Inside Out was made possible through cooperation with zoos and various university veterinary programmes. No animal was killed or harmed for this exhibition.