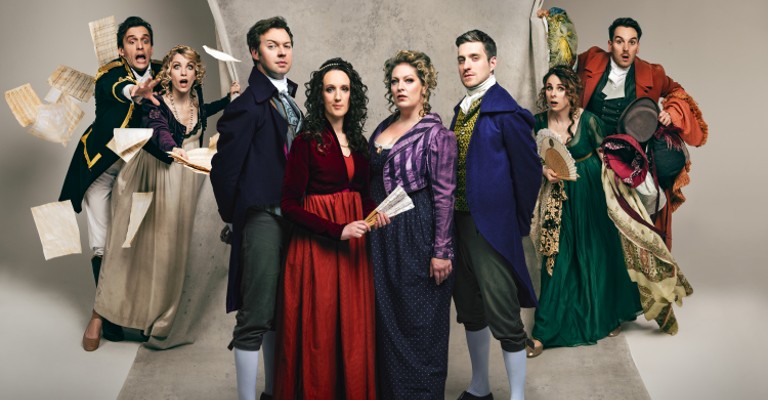 The improvised comedy play boasts a cast of the country’s quickest comic performers including founders Rachel Parris (The Mash Report, Murder in Successville), Andrew Hunter Murray (No Such Thing as a Fish), and many others.

Every single show, the cast conjures up a brand new ‘lost’ Jane Austen novel based on nothing more than a title suggested by the audience. The show comes fresh from multiple sell out runs at the Edinburgh Fringe, a weekly residency in London’s West End and a BBC Radio 4 Christmas special.

No two shows are ever the same, with previous ‘lost’ masterpieces including ‘Crazy Rich Georgians’, ‘Double 0 Darcy’ & ‘Game of Scones’. Performed in period costume with live musical accompaniment, this is a Regency treat guaranteed to delight the whole Ton, Austen novices and die-hard fans alike.