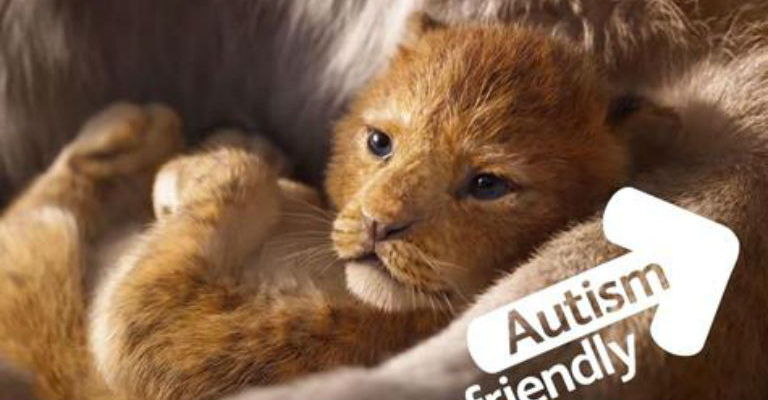 This Autism Friendly Screening is tailored to the needs of those living with autism, their families and carers, so that they will feel more comfortable during a trip to the cinema.

Lights are left on low, sound levels are at a softer volume, there is no trailers before the film, audience members are free to make noise and move about (no running please).

2019 brings another live-action remake of one of Disney’s classics – this time the 1994 favourite The Lion King.
Simba idolizes his father, King Mufasa, and takes to heart his own royal destiny on the plains of Africa. But not everyone in the kingdom celebrates the new cub’s arrival. Scar, Mufasa’s brother – and former heir to the throne – has plans of his own. The battle for Pride Rock is soon ravaged with betrayal, tragedy and drama, ultimately resulting in Simba’s exile. Now, with help from a curious pair of newfound friends, Simba must figure out how to grow up and take back what is rightfully his.