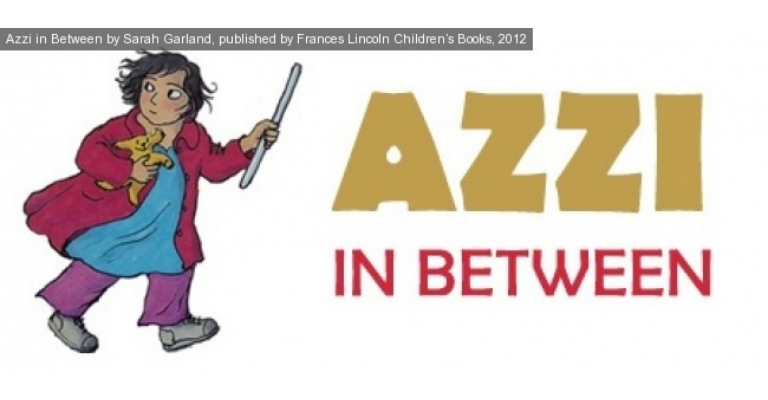 An exhibition of original artwork from Sarah Garkand’s Azzi in Between (Frances Lincoln Children’s Books, 2012), kindly loaned by Seven Stories, The National Centre for Children’s books.

Azzi in Between is the story of a young girl and her family whose lives change for ever when they are forced to flee terrible danger in their home country. The story, told in comic strip form, describes their journey and the new challenges they face when they arrive in a place of safety.

Sarah Garland (born 1944) is well-known as an illustrator of picture books, mainly for younger children. You can read more about Sarah and her work at www.sarahgarland.co.uk

Azzi in Between is endorsed by human rights organisation Amnesty International, which recognises the importance of children’s books to ‘inspire empathy (and so counteract hatred), encourage tolerance, widen horizons and raise awareness of the world.’

This exhibition has been made possible by Seven Stories, The National Centre for Children’s Books.