Back to the 90s Featuring Alan McGee 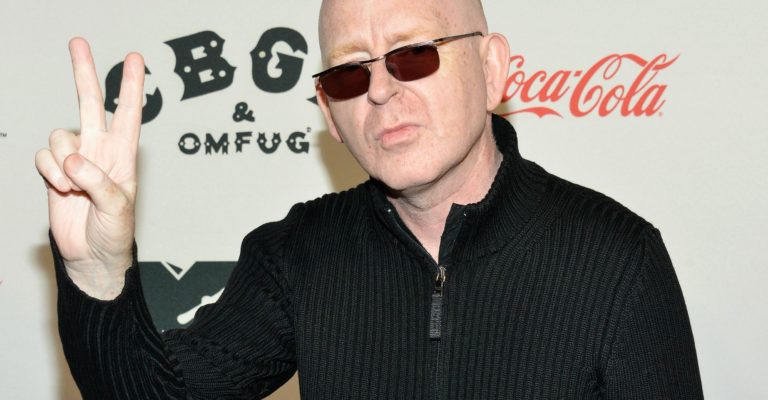 The man responsible for discovering rock ‘n’ roll giants Oasis and overseeing some of the most successful bands of all time will be will be making an exclusive North East appearance in November as part of a massive 1990s Britpop themed takeover in Newcastle.

Following the success of its inaugural event earlier in the year – featuring Shed Seven frontman Rick Witter – organisers of the celebrated Back to the 90s club night have confirmed that the globally renowned record label boss, band manager and author Alan McGee will be topping the bill as its headlining act on Saturday 9 November at Northumbria Institute, Northumbria University’s Student Union.

The Scottish born music industry legend – whose famous record label Creation Records released some of the most well know albums of the decade – including “Definitely Maybe”, “What’s The Story Morning Glory” (Oasis), “Screamadelica” (Primal Scream), “Tarantula” (Ride) and “Grand Prix” (Teenage Fanclub) – will be delivering an extended DJ performance on the night and promises to deliver a raft of classics from his career and one of the most prolific eras in the UK music, the 1990s.

Back by popular demand, the UK’s number one Britpop band, The National Anthems, will also be in town to deliver a full live set of indie classics from the likes of The Stone Roses, Oasis, Blur and Pulp having completed their first full nationwide tour this summer.

Speaking about his welcome return to the region, Alan McGee, said: “I’ve always had a special connection with the North East and it’s an honour to make the journey back up again to see everyone.

“I’ve heard lots of great things about the launch of the Back to the 90s event that took place at Riverside back in April and I’m sure this will be another sell-out at another great venue.

“Many of my bands have done some amazing shows at Northumbria University over the years and it’s great to see that there’s still a hunger to hear music from a special decade. I can’t wait. See you all there.”
Alan McGee is renowned for being at the forefront of creating Britpop’s finest and the tale of how he came across Oasis in the 300-capacity King Tut’s Wah Wah Hut in Glasgow in ’93 and immediately offered them a deal with his label, Creation Records is the stuff of 1990s legend. Within two years they were one of the biggest bands in the world.

McGee was there with Liam and Noel Gallagher at the band’s peak: the multiplatinum sales, the awards, the Knebworth gigs; for gifting Rolls Royces, and the hobnobbing with Tony Blair when things could only get better. And now he makes a return to the North East for this eagerly-anticipated Britpop spectacular.

Meanwhile, David Welsh, lead guitarist of The National Anthems, who was in the last band to support Oasis, Detroit Social Club, adds: “Alan McGee and his record labels over the years have provided the soundtrack to many of our lives and we’re honoured to be sharing the stage with him.

“We’re all from Newcastle so this will be an extra special night for us and our fans. We’ve just finished touring the UK’s festivals and this will be our last big party and blow out of the year. If you’re a fan of 1990s indie or want to experience what club nights used to be like back in the day, you can’t afford to miss this one. Bring it on!”

Back to the 90s featuring Alan McGee (DJ set), The National Anthems and the Our Little Indie DJs will be taking place at Northumbria Institute, Northumbria Students Union, Sandyford Road, Newcastle, on Saturday 9 November.

The event will start at 7 pm until late and guests have to be at least 18-years-old to be able to attend.