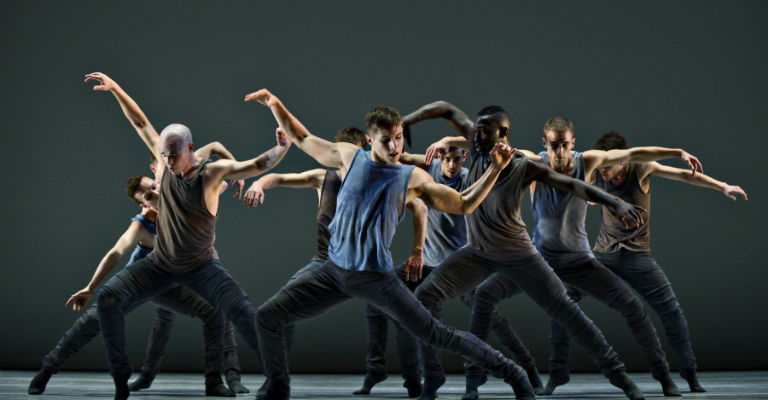 Founded in 1986, Ballet British Columbia has been under the artistic directorship of Emily Molnar since 2009. The company’s only other UK engagement was two performances during International Dance Festival Birmingham 2016.

Emily Molnar, Artistic Director of Ballet British Columbia, said: “As ambassadors for dance, Ballet British Columbia is proud to represent Canada’s flourishing creative industry by touring the UK with an evening of works by three distinct female voices in contemporary dance. Following highly acclaimed tours throughout North America, we are honoured to be bringing this diverse evening of ideas and expression to a broad audience in the UK, one of the leading markets in international dance.  As I approach my 10th anniversary as Artistic Director of Ballet BC, I cannot imagine a more special way to celebrate the accomplishments of this uniquely talented group of artists. We look forward to building a deeper conversation with UK audiences through our performances, workshops, master classes and artist talks.”

Ballet British Columbia and its 18-strong dancer-workforce will present work by three of the world’s most celebrated female choreographers: 16 + a room by Emily Molnar; Solo Echo by the globally renowned choreographer Crystal Pite; and Bill by Tel Aviv-based Sharon Eyal.

Molnar’s 16 + a room is inspired by the work of Virginia Woolf, Jeanette Winterson and Emily Dickinson. Sparked with explosive, fast-paced choreography that pushes the dancers to their athletic and technical limits, 16 + a room displays Molnar’s unique choreographic language through a complex study of time, transition and stillness.

16+ a room received its world premiere for Ballet British Columbia in October 2013. Music is arranged and composed by Dirk P. Haubrich. Lighting design is by Jordan Tuinman with lighting direction by James Proudfoot and costumes by Kate Burrows.

Vancouver-born Crystal Pite is a former dancer with Ballet British Columbia. Pite made her choreographic debut with the company in 1990 with Between the Bliss and Me. The success of the work allowed Pite to create additional pieces for Ballet British Columbia and since then she has created over 40 works for some of the world’s top dance companies.

Inspired by two sonatas for cello and piano by Brahms and the poem ‘Lines for Winter’ by Mark Strand, Pite’s Solo Echo portrays a man coming to terms with himself at the end of his life as the choreographer explores recurring themes of acceptance and loss.

A Sadler’s Wells’ Associate Artist, Pite has won a number of prestigious awards including two Oliviers for Polaris in 2015 and Betroffenheit in 2017.

The final piece of the evening is Bill by Tel Aviv-based choreographer Sharon Eyal. Dancers showcase their extraordinary skills in synchronised ensemble sections and solos in the work created by Eyal with her long-time collaborators Gai Behar and Ori Lichtik.

Eyal was born in Jerusalem and has enjoyed a long-standing affiliation with the Batsheva Dance Company. Eyal launched L-E-V with Gai Behar in 2013. Eyal is the Guest Artistic Director for the National Youth Dance Company and her work for the company will premiere at Sadler’s Wells in April 2018.