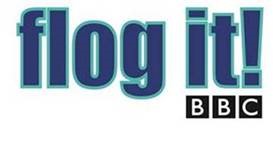 Members of the public are invited to come along to USHAW, formerly used for training Catholic priests and now open for all to enjoy, with up to three antiques or collectables they might be interested in selling. Once valued, the owner and a team of experts decide whether an object is filmed and if it gets sent to Thomas Watson Auctioneers in Darlington for inclusion in their sale on Tuesday 16th January 2018.

Everyone who goes along to the valuation day will receive a free appraisal of their items – even if their antiques are not chosen for filming or to go forward for auction.

Presenter Paul Martin said “It’s great to be bringing Flog It back to County Durham; I’m so pleased to be getting an opportunity to share this part of the world with our viewers. We always receive a warm welcome whenever we come to the county and I’m hoping plenty of people will take the chance to bring along their items to show us”

Jonathan Ward, Commercial Manager at USHAW said “We’re delighted to be welcoming Flog It to Ushaw, we think it’s a perfect fit and are looking forward to even more visitors discovering the jewel of County Durham and its undiscovered treasures.”

The BBC will be making four editions of the show featuring and they will be transmitted within eighteen months of recording. Paul Martin will be joined at the valuation day by on screen experts Catherine Southon, James Lewis and David Fletcher.